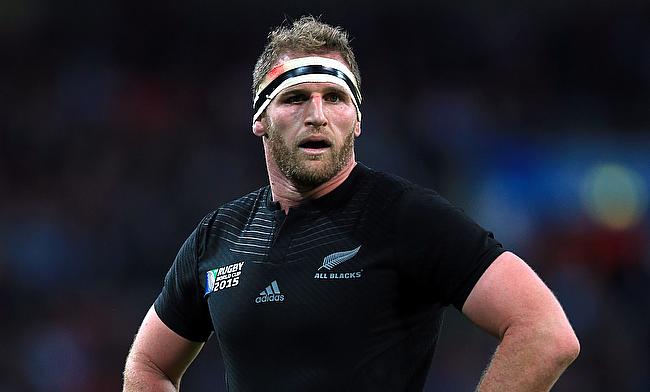 New Zealand assistant coach Ian Foster revealed that All Blacks skipper Kieran Read is desperate to take the field for the first Test against British and Irish Lions in Auckland on Saturday.

The 31-year-old is currently recovering from a fractured thumb that he sustained while playing for his club Crusaders during the Super Rugby game against Cheetahs seven weeks ago.

Read, who took over the captaincy from Richie McCaw following the 2015 World Cup is set to be included in the line-up when New Zealand head coach Steve Hansen names his team later this week.

"Firstly, he didn't want to miss it (the first Test)," Foster said. "He is desperate to play. He is our leader, so that's natural.

"Secondly, the diagnosis has always been that he was going to be due to play this game, and we have been monitoring that progress versus the initial diagnosis.

"It was a little bit touch and go for last week (against Samoa) whether there was a chance to get him a few minutes under his belt. It didn't happen, but we are pretty satisfied.

"He has had his first real solid hit-out with contact and everything, and hopefully he comes through that really well by the end of the day, and then it becomes a reasonably easy decision."

Foster also lavished praise on Read's captaincy skills and believes he is an inspiration for his team-mates around.

"He has been a big part of the leadership group for a long time now, and just the way he grew into the (captaincy) role last year," Foster added.

"The biggest accolade I can give him is the way he grew people around him. He has a very inclusive leadership style, encourages a lot of decision-making from the group around him and earned a lot of respect for that.

"To have Reado back would be a real boost for us."