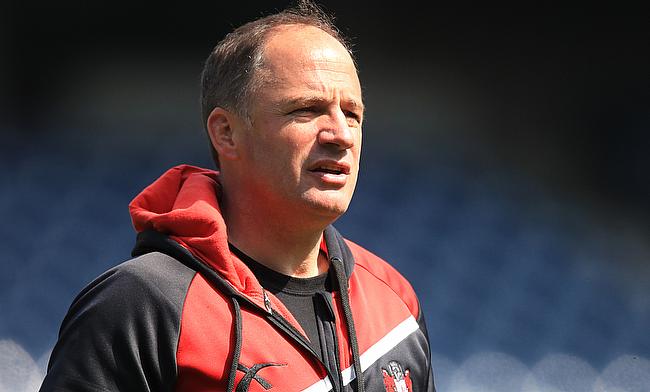 Gloucester Rugby have confirmed that director of rugby David Humphreys will leave the Gallagher Premiership club at the end of June.

The former Ireland international started his coaching career with Ulster and joined the Cherry and Whites as Director of Rugby in 2014.

Under his guidance, Gloucester clinched the European Rugby Challenge Cup in the 2014/15 season and also managed a third place finish in the Premiership last season.

However, the club endured a tough season in the ongoing campaign where they won just four out of 13 games before it was suspended due to the pandemic coronavirus following which head coach Johan Ackermann decided to make an exit.

"It has been a huge honour to have played a small part in the history of this great club. I have loved every minute of my time here and have been very fortunate to work with great coaches and support staff, and with great players. Over that time, we have built the foundations for a successful club, both on and off the pitch, and last season’s 3rd place finish in the Premiership was a reflection of the progress that has been made," he told the official website of the club.

“However, following Johan Ackermann’s departure last month, I took some time to review my own position at Gloucester and in light of many new challenges facing professional rugby as a result of Covid-19, I felt it was the right time for me to move on and a new head coach to come in and build on the work that has been done.

“It is always difficult to leave somewhere that has become home and I will always be very grateful to everyone in the West Country for the very warm welcome they gave to both me and my family. In particular, a huge personal thanks to Martin St Quinton for his friendship and encouragement throughout my time at Gloucester, and for his support in building a Gloucester playing squad to be a competitive force in the Premiership.

“The Gallagher Premiership is a wonderful competition and I will miss the excitement building up to every game at Kingsholm. When I left Ulster I didn’t think there were many places to rival the atmosphere at the Kingspan stadium, but from beating Sale in my first game at Kingsholm, I realised what a special place it is to play rugby when you’re wearing a Cherry & White shirt. This is entirely due to the incredible Gloucester supporters and I thank you all for your support over the last few seasons.

“Before leaving at the end of the month, I will continue to work closely with Martin, Lance Bradley, and the senior management team, to support the recruitment of a new Head Coach and to help ensure an easy transition back into training for the playing squad and staff.”