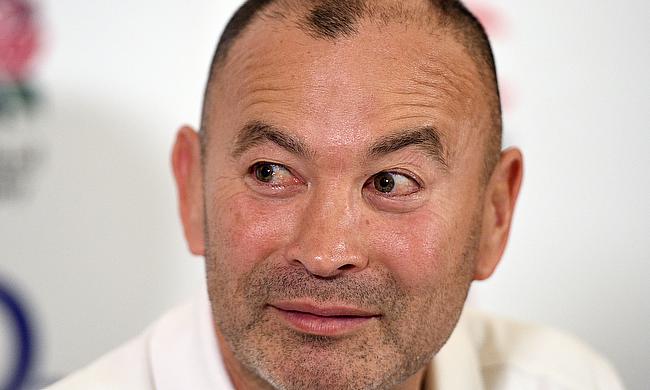 When Tom and Ben Curry travel with the England squad to Argentina, they will be looking to claim a record of their own – no identical pair of twins have ever played for the national side before.

Nephews to former England hooker John Olver, and cousin to Northampton Saints fly-half Sam Olver, the 18 year-old 6ft 2in Cheshire lads, who both signed five year deals with Sale Sharks at the beginning of March, may play in the same position, but the twins feel they are very different.

“I get more turnovers than you,” claimed Ben. But with eyes widening in disbelief Tom replied within a second.

“Well I get more counter-rucks but we’re both good at ball carrying," he said. "Defensively Ben likes to chop and I like to go for big tackles.”

The duo have 30 senior appearances for Sale between them, and made Aviva Premiership history last November by becoming only the fourth set of twins to play side-by-side in the competition. Tom also became the youngest player ever to score a try in the Premiership, when he touched down against Bristol last October.

Both were selected for the England U20s squad to contest the Six Nations this year, and made instant impacts. Tom featured in the opening two fixtures - scoring a debut try against France at Sandy Park - whilst Ben was awarded consecutive man of the match awards. Firstly, in the 42-7 win over Italy and again in the triumph over Scotland. They were selected in the same starting XV to take on Ireland, which the England U20s won to secure the Grand Slam.

Identical twins are incredibly rare in rugby with the only modern examples being the Ndungane brothers from South Africa and the Fainga’a brothers from Australia.

The other rarity about the situation is just how identical they really are, the most valuable piece of information regarding their appearances is that Ben and Tom swipe their hair in different directions.

However, Tom provided a much more useful difference between their appearances.

“He’s got the worst side profile. His nose sticks out a bit more,” and according to their cousin Sam “It looks like Voldemort from Harry Potter”

Their bond is clear to see as is their sibling rivalry.

After arguing about whether the most pints of milk they had in their fridge at one time was 58 or 64, one of them simply responded: “I wouldn’t say it’s arguing, no I wouldn’t call it bickering, it’s competitive talking.”

The brothers grew up playing for Crewe & Nantwich RUFC, and although rugby is their trade, the pair have been known to also dabble in football and table tennis.

"We played football once and actually really enjoyed it," said Tom. "We both used to play centre back together at our old school but then somehow Ben moved to midfield which I didn't really get."

The one item they both wished to have if they were marooned on a desert Island is a table-tennis table.

“The last time we played table tennis at Christmas I beat him so I wanted to bring it up, that’s why we haven’t played since,” added Tom.

On receiving the news of their call-ups, their shock was clear to see. Tom said: ""I'm speechless! It sounds like a cliché but it's fantastic news, and amazing. It's truly unbelievable, and I'm looking forward to representing my country on tour.” Ben said: "It's a dream come true. I'm delighted to be given the chance to tour, but the hard work starts now.”

When asked about the Curry twins, Eddie Jones replied with a wry smile: " I'm looking forward to working with the Currys because I want to find out if I can tell the difference between the two of them. We're going to have to find a way to work out who's who!"