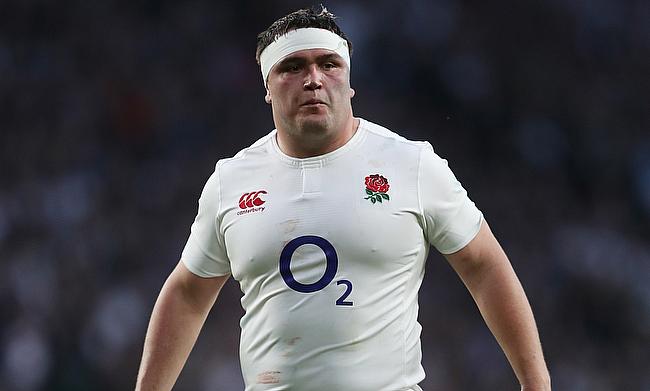 It has been quite the summer for British sport.

Women’s Football, Golf, Formula One and Netball have all been able to catch the attention of the nation, but one sporting moment standouts from the rest.

Forget England’s collapse at Edgbaston in the opening Test of the Ashes series on Monday and rewind back to the Cricket World Cup final at Lord’s last month. An astonishing match had the most dramatic conclusion as Eoin Morgan’s team became world champions by virtue of having scored more boundaries in the Super Over.

And in Bristol, England’s Rugby Union side were able to view the compelling finale: “We watched it all together as a group,” said Jamie George.

“We were lucky that Eddie is a cricket fan so he pushed a meeting back as it went into the Super Over. I don’t know if jealous is the word. I am quite lucky that I know a couple of the guys involved in the team and I was just so, so happy for them.

That was tense, @englandcricket ??

“What that England cricket team has done over the last four years has been incredible and there were a lot of parallels between us and them. I spoke to a few of their guys about it before. We have been through very similar challenges. To see them come out the other side and be crowned world champions is fully deserved and I’m very proud of them doing that.”

You can see why George thinks there are parallels between the cricket team and England. Four years ago, Morgan and co crashed out of the World Cup in Australia & New Zealand following an embarrassing loss to Bangladesh in Adelaide whilst just over six months later, George was part of the England side which exited their home World Cup at the pool stages.

“You can see the parallels in how they had some pretty disappointing campaigns, some tough losses,” added George. “Very much like us. There are not direct parallels in terms of the way the game is played but in the team culture and the rest of it.”

The Saracens man had made just two appearances for his country prior to the last World Cup but with the current injury to Dylan Hartley, George looks set to be the starting hooker in Japan when England begin their campaign against Tonga on 22nd September.

Before then, Eddie Jones’ side face four warm-up games; two against Grand Slam champions Wales followed by Ireland at Twickenham and Italy at St James’ Park in Newcastle.

Their first pre-World Cup test takes place this weekend when Wales visit HQ and after falling to a defeat against Warren Gatland’s side in the Six Nations earlier this year, George admits there will still be some needle between the two teams on Sunday.

“Whenever England play Wales it is going to have an edge to it,” George said. “At the end of the day it is a Test match, playing them home and away and they are both amazing opportunities to put our best foot forward and potentially right a few wrongs from that game in the Six Nations.

“My first cap in the pre-world cup games last time around seem a long time ago. It’s an incredibly exciting time to be involved in English rugby. There’s a huge excitement and belief amongst the group that we can really do something special. I can’t wait to get going with the games.”

With any pre-tournament matches, the fear of injury is always a factor which needs to be considered but George’s new club team-mate, Elliot Daly, revealed England will not be taking their warm-up games lightly.

England do already have injury concerns of their own. Jack Nowell and Brad Shields are fighting to be fit, with the latter suffering a foot injury in training, but Daly insists England will be putting everything into their four pre-World Cup matches in order to build some consistency.

“Everyone at the moment is actually really looking forward to these games to show what we can do and try and get that team cohesion we have been looking at in the last sort of three, four weeks of training together,” said Daly.

“If you start thinking about not getting injured, not doing that, then that is when you tend to do get injured, stuff doesn’t seem to go as you would wish. But I think the way we are looking at these games is to really improve before the World Cup and put our best foot forward.

“It [Wales on Sunday] is a Test match at the end of the day so intensity will be brought. Definitely, it will be similar to a Six Nations game. It’s an international game. You can’t be talking about not going for those games, especially as there is only four games before the World Cup starts.”

England have now returned from their training camp in Treviso as their preparations for the World Cup take on further significance this week.

Jones will announce his 31-man squad on August 12th and Daly is expected to be included after being a regular for his country since 2016. In that time, the now Saracens man has operated in different positions and was deployed at full-back by Jones during the Six Nations and last year’s Autumn internationals.

Daly has previously expressed his desire to play in his preferred position of centre, but the 26-year-old admits there hasn’t been much talk of where he will line-up.

“It is just being fluid at the moment. Training has been really competitive and we have been in and out of stuff. We haven’t really gone to positions, it has just been going out and play.”