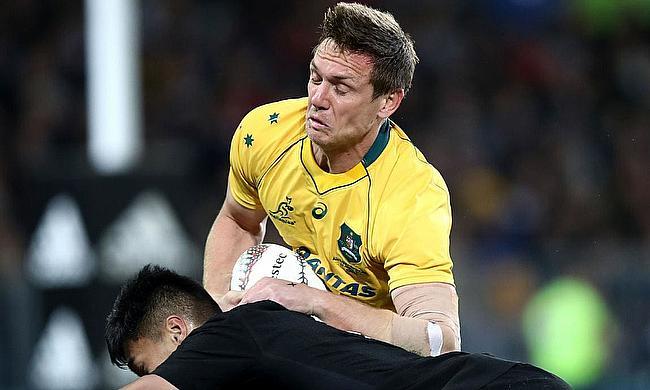 Australia international Dane Haylett-Petty's chances of returning to playing has taken another major setback with his concussion symptoms returning ahead of the Trans-Tasman series.

Haylett-Petty last played during the Bledisloe Cup game against Australia in October last year and has been sidelined with a concussion in the last six months.

Even though he played for Brisbane club rugby at the start of the month and looked to resume training for Melbourne Rebels ahead of their Trans-Tasman campaign, his concussion symptoms have returned casting a huge doubt on his future in the game.

Melbourne interim coach Kevin Foote said the 31-year-old will seek a medical advice on his future with the game and the club will be supportive of any decision Haylett-Petty makes.

"Last week he didn't get through training," Foote told AAP.

"He was fine after the game, it was actually during training, and there was no knock or any contact or anything, it just sort of crept up on him and he's having these constant headaches again.

"He's going through a process now which is going to decide his future and we won't rush him".

Having already missed the entire Super Rugby AU campaign for the Rebels, Haylett-Petty said last month that he would back the medical experts to take a right decision on his career.

"If the specialist told me to retire, I'd back them and retire and they've said that's not necessary at all," he said.

Haylett-Petty has played 38 Tests for Australia since his international rugby in 2016 and was part of their World Cup campaign in 2019. He has also featured in 84 Super Rugby games for Western Force and Melbourne Rebels combined and also had represented Australia Sevens and Australia Under 20 sides in the past.

Matt To'omua to miss Australia's European tour due to concussion