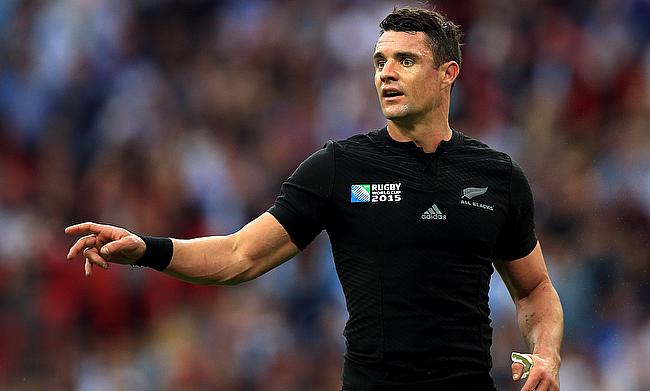 All Blacks legend Dan Carter said he is at least a month away from making his debut for Auckland Blues in the ongoing Super Rugby Aotearoa competition.

Carter joined Blues ahead of the tournament as an injury replacement after Japanese Top League season was cancelled.

The 38-year-old previously played for Crusaders between 2003 and 2015 and won three Super Rugby titles with the club. He was also one of 20 players to have won the World Cup twice when the All Blacks clinched the titles in the 2011 and 2015 editions.

With 1598 points in 112 Tests, Carter is also the highest point-scorer in the history of the game and also enjoyed nine Tri-Nations and Rugby Championships.

Despite all his success, Carter admitted that he needs to train hard before making a mark for the Blues this season.

“I wasn’t expecting to play any rugby in 2020 when the Japanese season got cancelled, so my lockdown was a little bit different to the Super Rugby players; not as intense training-wise, so I’ve got a bit of catching up to do,” Carter told to Newstalk ZB‘s Martin Devlin.

“Basically I just want to train really hard for a month, and then we can reassess exactly where things are at the end of that. If my body’s good I may be available for selection then.

“Whether I’m picked or not is going to be up to the coaches because they’ve got a lot of depth. I’m just waiting to try and contribute both on, but probably more off the field – at the moment I’m trying to get my body up to speed so I can be considered.”

Meanwhile, Blues have won both their opening games against Hurricanes and Chiefs as they are at the top of the table with eight points.