Dai Young comfortable with underdogs tag for Wasps against Exeter 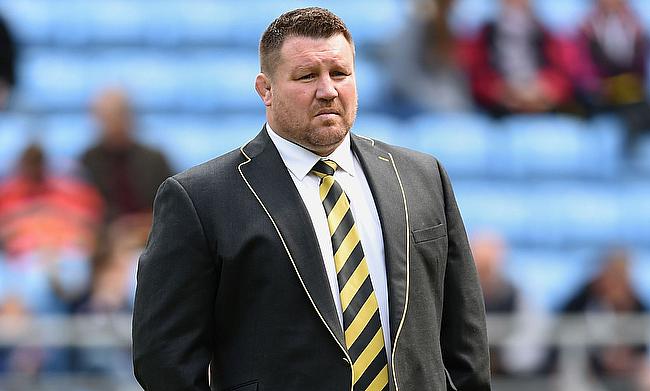 Wasps head coach Dai Young stated that Exeter Chiefs will be the favourites when the two teams meet each other during the play-off of the Aviva Premiership at Sandy Park on Saturday.

Exeter have inflicted defeat on Wasps on both the occasions they met during the group stage of this season in the Aviva Premiership, although the Ricoh Arena based team managed to clinch a thriller in the knockout stage of European Champions Cup.

Wasps have a lot of experience in the play-offs having featured in five of it while going on to win the title four times as compared to Exeter but Young feels Rob Baxter's men have the momentum on their side.

"We are hugely respectful of Exeter and everything they have achieved, and we know we are going in as underdogs, but we're quite comfortable with that scenario," Young said.

"When we played at Exeter a few weeks ago, the commitment and attitude was very good - I was really pleased - but we just didn't have that spring in our step. We didn't have any fuel in the tank, really.

"I think this will be different. If we do go down, we will go down fighting.

"But I do believe we've got some real X-factor players within our set-up, that a little bit of lady luck and with things going our way, we can cause teams problems."

Recalling the 24-3 defeat to Exeter three weeks back, Young urged the players to up the ante and exert more pressure on their opponents.

"Our defence was pretty good on the day, considering we had no ball.

"The set-piece was pretty good too. What we didn't do was fire our own shots. When we had the ball we lacked any gain-line efficiency.

"We didn't ask enough questions of them, so we have got to change up slightly what we've been doing over the last month really, so that we can get that gain-line, get some front-foot ball, play at some tempo."

Both the sides have ringed in a number of changes since their Champions Cup knockout game with prop Jake Cooper-Woolley making an entry for Wasps while Ian Whitten, Olly Woodburn, Ben Moon, Luke Cowan-Dickie, Geoff Parling and Don Armand start for Exeter.

Meanwhile, England international and Exeter wing Jack Nowell persisted his teammates to not get overhauled by the pressure of playing in such a big game.

"To be here in this situation getting ready to play a semi-final for a place in the final, it would be an awful shame to let that slip.

"But the important thing for us is not to let the occasion get ahead of us.

"At the end of the day, it is another game of rugby. There is a lot riding on it, but a game of rugby is a game of rugby, and once we focus on ourselves and play the way we want it, that's the most important thing."