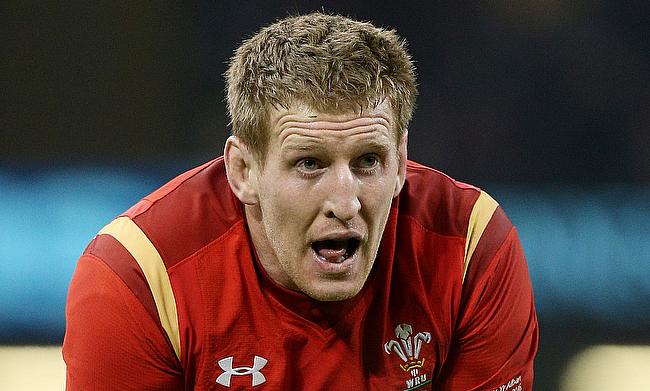 Wales international lock Bradley Davies is all set to exit Wasps after signing a national dual contract with the Welsh Rugby Union (WRU) and Ospreys for next season.

The 29-year-old second row was released a year early from his Aviva Premiership contract after reaching an agreement with Derek Richardson's side.

The new deal with the WRU binds the lock with Ospreys and Wales until the 2019 World Cup which will be hosted in Japan.

Davies expressed his delight in returning back to Wales, although terming this deal as the hardest decision of his career.

He believes the move is right for him and his family and he has no intention to retire at this stage.

"It is the hardest decision I have had to make in my career, as I have loved my time at Wasps and have really enjoyed being part of a great group of boys.

"Some people may think I'm mad leaving now given the direction Wasps is moving in, but I feel this is the right move for my family and I at this stage of my career and I am excited about returning to Wales and joining Ospreys.

"I am not returning to Wales to retire, I want to push on and the NDC (national dual contract) and the Ospreys allow me to do that."

Davies is likely to play for Wasps in the Premiership semi-final fixture against Exeter Chiefs at Sandy Park on 21st May before joining the Wales squad ahead of their upcoming tour to New Zealand.

Wales coach Warren Gatland regards the step taken by Davies to have positive consequences for the country and his player who is looking forward to add to his tally of 54 international caps.

"It is important we create an environment that is attractive to our players and I believe with the number of players retained and returning we are getting on the right track."

Wasps director of rugby Dai Young, who was supportive of his player’s move, conveyed his wishes to Davies and his family for the future.

"We will obviously be sad to see Bradley leave as he is a great character to have around the training ground and has played a key role over the past couple of seasons in helping our pack develop a harder edge.

"However, we want to support our players in their international ambitions and understand this will be easier for Bradley back in Wales.

"It's also a good opportunity for his family to be able to head home and we wish them all the very best for the future."