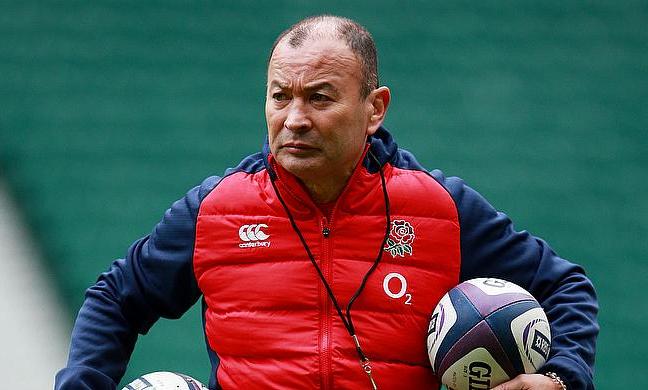 Eddie Jones’ squad announcement for England’s game against the Tonga this weekend was thrown into disarray mere minutes before the team was due to be announced.

As a result, Jones sat in front of the media 45 minutes later than planned, his team containing nine changes to the team that was beaten by Ireland 32-18 in Dublin to close out a disappointing Six Nations campaign.

Owen Farrell will captain the side from fly-half, with Marcus Smith’s inability to train this week meaning that he will offer support from the bench.

Manu Tuilagi makes his long awaited return to the team, with Ben Youngs, Henry Slade, Jonny May, Adam Radwan and Freddie Steward completing the back line.

It is in the pack where there is the most intrigue, with Ellis Genge, Jamie George and Kyle Sinckler forming the front row, Maro Itoje and Jonny Hill in the second row, as Courtney Lawes, Sam Underhill and Tom Curry forming the back-row.

It is Tom Curry’s inclusion at No. 8 that has caused the fervour, the Sale Sharks man having played there against France, Scotland, Ireland and Wales in 2020. It was an experiment that didn’t pull up trees, so when Billy Vunipola was reinstated in that position against Italy to close out the Six Nations, no one batted an eyelid.

Eddie Jones has named his team for this weekend’s Test match against Tonga.

Now, Vunipola is nowhere to be seen in Jones’ England squad and Curry finds himself back at the base of the scrum. With Alex Dombrandt fit and on the bench for England, Curry was clearly preferred to the Harlequins part-time skipper, England’s head coach believes that playing in the eight-shirt will only enhance the 23-year-old’s playing ability.

“Firstly, defensively he is probably one of the best defensive backrowers in the world,” Jones said.

“His one-on-one tackling, his ability to get his head over the ball, and then – since he came into the squad in 2017, where he came in mainly as a defensive player – he has evolved his game to include some running skills, some passing skills and some linkage skills, more importantly.

“With the back-row we have got, initially with Courtney, a pretty strong ball runner, and Underhill is strong over the ball and will give Tom a chance to mix his game between running and linking and his defensive work. He has got the ability to do that.

“There is two players in the world that are similar in that aspect. It is him and Ardie Savea. That are both outstanding natural sevens but have got the capacity to be outstanding eight’s because they have the ability to carry the ball, to link and still do the defensive work.”

It can’t be denied that Curry has improved year on year, so why not give him a chance at No. 8?

Callum Chick impressed for Newcastle all last season, starting this term well too, and Sam Simmonds had a more than fine 2020/21 in the Premiership, the Exeter Chiefs back-row scoring 21 tries in that campaign before going on tour to South Africa with the British and Irish Lions.

Released midweek by Jones, Rob Baxter described Simmonds as ‘a bit annoyed’ by his omission from this weekend’s team to play Tonga.

It seemed somewhat obvious that Dombrandt would get a starting berth, with some of the elements that Jones described coming naturally to him, but Curry’s continued improvement getting him a starting spot.

“The good players keep adding to their game,” Jones said. “You look at Roger Federer in tennis, why does he still have a tennis coach at 40?

“Every time he plays, he has got a new stroke. Richie McCaw was the same, Ma’a Nonu is the same. McCaw started out as a defender, became a great link player at the end of his career and that’s the thing with Tom Curry.

“We want to keep challenging him to be to be a better player, and playing No. 8 is a different set of skills. You have got to read the game a lot more and playing eight will help him become an even better seven.”

Amongst the article in which the squad was announced, England’s leadership group was also exposed to the world for the first time since this new group was announced. Curry is amongst these names, with Ellis Genge and Courtney Lawes also named as vice-captains for the Autumn Nations Series.

Last week, Curry described the need to be authentic in leadership, a sentiment that Farrell agrees with when asked about his own leadership ethos.

“The main thing for me is that you are genuine, and you are authentic in what you are doing, whilst trying to be better,” Farrell said.

“I feel comfortable in being myself now and I still make mistakes but being able to deal with them and knowing that they are from a good place.”

England’s game against Tonga kicks off at 15:15 on Saturday afternoon at Twickenham and will be broadcast live on Amazon Prime Video Sport.