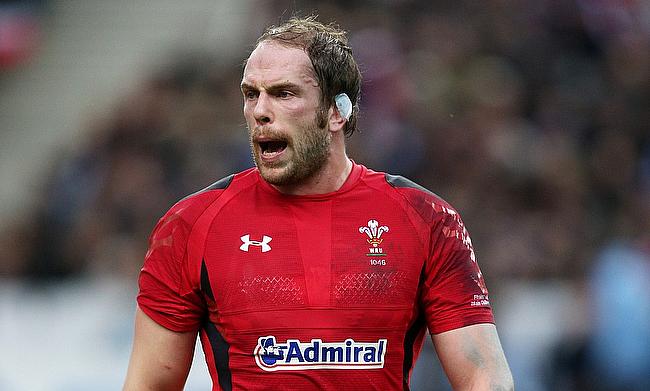 Alun Wyn Jones is sidelined with a shoulder injury
©PA

Wales will be without the services of Alun Wyn Jones, Taulupe Faletau and Ross Moriarty for the remainder of the autumn international series due to injuries.

Jones, who recently surpassed Richie McCaw's record for most Test appearances made for a single country sustained the blow during the recently concluded game against New Zealand where he had to leave the field in the 19th minute.

Meanwhile, Moriarty also had a shoulder problem after he was tackled out dangerously by Nepo Laulala with the latter sent to sin-bin at the end of the opening quarter.

Both Jones and Moriarty underwent scans and will undergo surgeries which will effectively rule them out of the remainder of the games against South Africa, Fiji and Australia.

“The scans revealed that neither Jones nor Moriarty will be able to participate further in the Autumn Nations Series, and will therefore be released from the squad.

“Both players will require surgery with an estimated recovery period of a number of months.”

Meanwhile, Taulupe Faletau suffered an ankle injury while training with Bath and has been released from the squad. Earlier, the 30-year-old announced switching to Cardiff ahead of the 2022/23 season.

Shane Lewis-Hughes and Rhys Davies have been added to the squad along with Uilisi Halaholo, who has completed his 10-day quarantine period after testing positive for Covid-19.