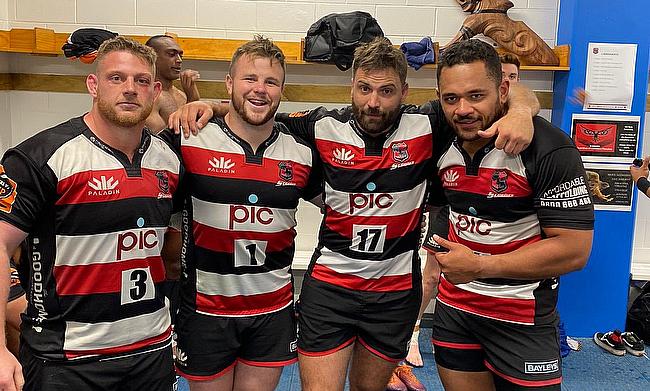 Roger Randle: There will be All Black trials every week
Dane Coles: “We respect all the decisions that have been made”
Scott Barrett signs new deal with New Zealand and Crusaders until 2023
New Zealand players to resume training on Monday

Leaving Connacht just over one year ago, Conan O’Donnell has been carving out quite the name for himself in the southern hemisphere.

At the age of 24, the prop not only has Ireland U20 caps under his belt, but he has also represented the storied Counties Manukau, the recently annexed Sunwolves as well as New Zealand’s Highlanders.

Knowing that Connacht would not be renewing his contract, the young man from Sligo decided to take a road far less travelled. Initially looking at joining Otago for the Mitre 10 season, O’Donnell was contacted by his former academy coach, Cory Brown, who at that point was on the coaching staff at the Sunwolves.

After an initial move to Japan fell through, O’Donnell eventually linked up with the side after asking for an early release at Connacht, promptly getting onto a flight and meeting his new teammates in Australia. Playing for the remainder of the 2019 season, he eventually joined Counties Manukau in 2020 after a pre-season spent with the Crusaders.

Called up to the Highlanders after an injury to regular tighthead Jeff Thwaites, O’Donnell was initially signed to an eight week contract, but his deal ran out in the middle of New Zealand’s extensive lockdown. However, that period is seemingly over in the country and rugby is set to return to our screens in two weeks time.

“I thought about going home, but it is looking like the right decision to have stayed because in Ireland I would still be in lockdown,” O’Donnell said. “My contract with the Highlanders finished during quarantine, so hopefully I can get picked up, or if any Super Rugby team gets in touch, I should be available, but at the moment I won’t be involved in the competition.”

Having played for Ireland U20's with the likes of Andrew Porter, Joey Carbery, Jacob Stockdale, Garry Ringrose and Billy Dardis, many had expected O'Donnell's career to blossom at Connacht. After opportunities became fewer and fewer, the prop admits that he chose to head to the southern hemisphere by pure luck.

“Conán O’Donnell is probably the most Irish name there is,” he said. “I couldn’t go to teams in England because I wasn’t English qualified, I wasn’t French qualified, so it was just tough for me to get teams. Then, Mitre 10 just seemed the ideal opportunity and the Sunwolves sprung from that.

“I was with the Sunwolves for six weeks, that went well and then I ended up getting Mitre 10. It was just by chance really, well due to my misfortune of only being Irish qualified. That’s what made me go this far in the world, but I am enjoying it.”

After spending pre-season with the Crusaders, O’Donnell finally met up with his Counties teammates. A squad that boasts the likes of former All Blacks captain Kieran Read, Wallabie Andrew Kellaway and World Cup winner Stephen Donald, the 24-year-old says that he enjoys the style of playing in both Mitre 10 and Super Rugby.

“People talk about the physicality of the northern hemisphere, but I have found that the players that I played in Super Rugby haven’t played in the northern hemisphere,” O’Donnell said. “It is probably not as fast, but the standard is definitely as high. From what I have experienced from the PRO14 and Super, Super is definitely a lot quicker and there is marginal physicality difference.

“I feel like it really suits my game. It is really intense, which is what I prefer when I am playing. It just energizes me. I don’t know if I’ll ever go back to playing rugby in the northern hemisphere. I probably won’t be as good as I was down here because it’s a different game down here. The game down here suits me a lot better.”

Counties were relegated to the secondary division of the competition last year, but a major hope for the side this season is regaining their place in the Premiership after a 2019 campaign that saw them win just one game. What is uncertain for O’Donnell is the future post the upcoming Mitre 10 season.

“I don’t really know what is happening after Mitre 10 (2020),” O’Donnell said, “That’s probably the next thing on my mind if I am not involved in this next competition (Super Rugby Aotearoa). Hopefully  I get a contract, either on this side of the world or in Europe, I haven’t even thought about it yet. I think, for all the coronavirus and stuff, it is probably the last thing people are thinking about. I am excited about where I am going next but who knows.”