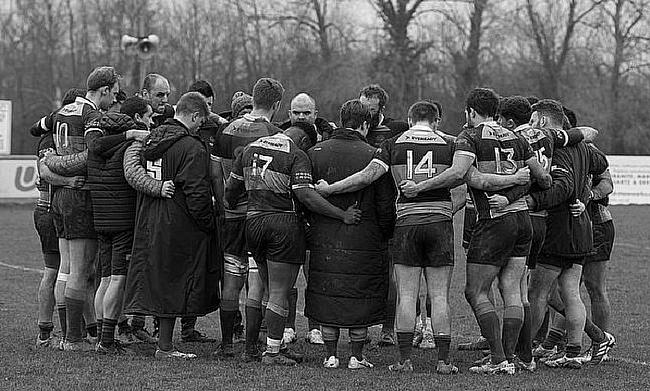 On Thursday, the RFU unveiled its Rugby Restart Roadmap for the community game
©Jonathan Knight

Altrincham Kersal: The rugby club which is helping to feed the community
The National Leagues: The Next Steps?
RFU reveal promotion and relegation from National Leagues
Coronavirus crisis raises so many questions about the future of community game

There are many different issues lingering over rugby at the moment in terms of what the immediate future holds for the sport.

What will the global calendar look like? What is the likelihood of Autumn internationals still being played this year? What will happen with the Six Nations?

“Nothing has been achieved yet,” said RFU CEO Bill Sweeney when he was quizzed on the various talking points on Thursday and of course, the answers will likely depend on how the Covid-19 pandemic plays out.

Aligning rugby calendars is one of the hot topics which Sweeney and his colleagues will need to discuss, however, Friday morning’s announcement from Premiership Rugby - which does provide some clarity regarding the immediate future of the domestic game - has actually only muddied the already murky waters.

Yesterday Sweeney, along with Rugby Development Director Steve Grainger, revealed the RFU’s plan for the resumption of club rugby, including three possible dates for the community game’s return.

They unveiled a six-phase plan which details the measures which need to be met in order for all matches at community level to resume, with Sweeney keen to stress that medical and government advice will influence when rugby can progress through the ‘Restart Roadmap’.

The RFU has announced a national roadmap to support a return to community rugby activity.

Sweeney and Grainger didn’t provide a time-scale for when the game will move through all six phases (they are currently at Stage B) but the latter did state: “Ongoing work is looking at how and when we might return to league rugby next season. The scenarios are September, early November/late October and a pessimistic one of January 2021 for a season start date. We are really looking at how it impacts on the leagues and the matchday programme.”

Using the National League season as an example, beginning the new campaign in September, which is the desired option, would leave sufficient time for a traditional 30-game league season to be completed.

However, Premiership Rugby’s decision to potentially resume their current campaign on August 15th raises the issue of whether it is actually possible to start a brand-new season at one level without concluding the previous term at another. Does it tarnish the integrity of the competition?

The obvious stumbling block would come at Championship level. If the second-tier can start the 2020/21 season in September, will they be allowed to do so if Saracens have Premiership fixtures to fulfil or a European Cup final to contend with?

Sweeney admitted they are working with PRL to ‘find a solution’ to resolve this issue, but considering the RFU suggested on Thursday that a return to club rugby in England could happen in September, it has left us scratching our heads.

Is it stupid to suggest there has been a break down in communication or is it a case of Premiership Rugby getting their own house in order and everybody worrying about the implications further down the line?

If it is the former, it seems like the RFU will now have to work with, and around, Premiership Rugby before any detailed plans can be implemented relating to the 2020/21 campaign for community clubs.

If September is not possible, Grainger discussed what restarting in November, or even January, may look like and that could see the ongoing summer rugby debate filter into the community game.

This is where the decision-makers need to be mindful of the challenges that would face some teams such as Caldy, who share facilities with their local cricket club, and Grainger agreed. “There is a working group established with some of the divisional organising committees and the NCA [National Clubs Association] are represented on that and they are looking at scenarios.

“If you start as late as November, there is the potential if you’re willing to kick into the summer months but there are other challenges with that and almost certainly if you go into January, you are looking at a situation where it is not possible to play a full league programme.

“There are obviously questions and discussions about the integrity of the competition and I think there is a sort of landing that you can probably get a league structure through if you play everybody at least once.

“Anything less than that obviously means the competition is just not possible. All of that detail is still been worked on and we are probably about two or three weeks away from it and we should be in a position by then to give more information.”

Player welfare and finances in the community game

Playing everybody at least once could be one of the options at community level, but any plans which the RFU draw up have to be influenced by the players competing in the various different divisions.

On Thursday, the governing body also released an update regarding the Adult Male Future Competitions Structure which could be implemented for the 2021/22 season.

In the report, they referred back to January’s survey which accumulated 6,000 responses, 48% of which were from players. This is clearly part of the future for the RFU, but bringing it back to the present day, it is key for them to engage with community players who, rightly, may have concerns about returning to play.

“Player welfare and views of players, all of whom are going to react to this in very different ways, is absolutely paramount,” said Grainger. “That is the dialogue that is often going on with clubs at the moment that the desperation of getting back playing from a revenue protection point of view, clearly needs to be balanced with the views of players. It is clear that the welfare of the player is going to be paramount in getting any sort of activity rebooted.”

Grainger alludes to the importance of revenue for these clubs and financially, local sides have obviously been hit hard by the coronavirus pandemic. They haven’t been able to train, play and operate normally since March, but following a survey which the RFU conducted to see which clubs were in imminent danger, Sweeney admitted “it was a very small number.”

Grainger, himselfm said there is no "immediate crisis in the community,” but was quick to add: “There is a clear inability for clubs to raise funds over the summer period that they often would - beer festivals, end-of-season dinners and other fund-raising activities. That's becoming a major concern for many of them.

"The message to the clubs is batten down the hatches, eliminate all costs you can & if you qualify for some of the support programmes in place, we'll support you."

The coronavirus pandemic has raised many questions about the future of the community game.https://t.co/6KFe2mEmHg pic.twitter.com/vFIX8HxLO1

"Our ongoing work at the moment is looking at three key areas. First, how we might look at returning to league rugby next season, secondly, alternative options for if we do not start the league programme according to plan, in order to keep players engaged and connected with their clubs, and thirdly, helping clubs to reopen safely, to take back their pivotal place in the community, and to bring in much-needed revenue. But we have to be guided by government and medical advice."

The RFU’s original £7million support scheme is still available for clubs who want to get back on their feet and Sweeney said: “We are talking to government to make sure that anything that can be done there in terms of government aid programmes can be extended over this period to support them as well. We are in still in constant them as we are with all the other levels of the game.”

The RFU’s CEO also praised the fantastic work which community clubs have been able to do during the lockdown period and described them as the ‘lifeblood’ of the game.

Sweeney is right when he says that. Whilst supporters will relish watching live rugby again in the UK if the Premiership is to return in August, community rugby has to be the bigger picture in all of this.

Up and down the country, thousands of people are part of rugby clubs and for them, that pilgrimage to their local ground or catching up with friends in the clubhouse is massively important.

Thursday’s unveiling of the RFU’s ‘Restart Roadmap’ was the first significant sign that Saturday afternoons ‘down the club’ were very slowly edging back into view, but it seems like the lifeblood of the game have been pushed back into the dark when it comes to their own future as Premiership Rugby continues to try and find a way to conclude their season.