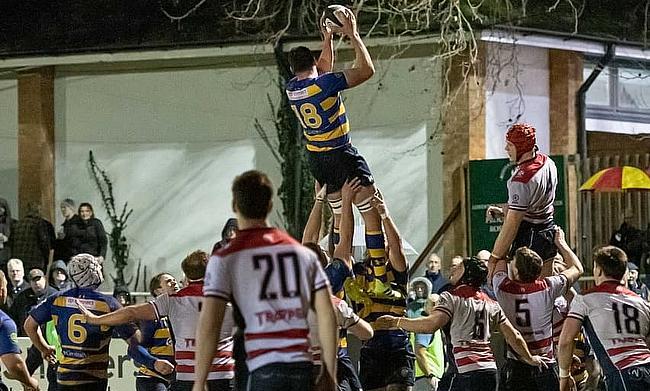 The 2019/20 National League season came to an early conclusion this year due to the coronavirus pandemic, which has currently left sport at a standstill in the UK.

The Gallagher Premiership is the only division in rugby that harbours hopes of resuming at some stage, but there is a growing feeling that even the top flight campaign may end prematurely.

But for the National Leagues, the majority of clubs had five games remaining in their respective terms and now the decision has been made by the RFU regarding promotion and relegation. Looking further ahead, there is also uncertainty about when these clubs will, realistically, be able to play rugby again.

If you analyse the situation and assess the possible scenarios, we may not see National League rugby return until the penultimate months of 2020 which begs the question, how would we fit a 30-game season into half the amount of time?

TRU’s Chris Heal and Joe Harvey have come up with a couple of proposals which could save the 2020/21 campaign in tiers three and four.

I reckon they could do a ‘Champions League style’ season…and no, that is not because I support the current European Cup holders in football.

It also isn’t as radical as playing games across Europe…..

The idea would see National One, National Two North and National Two South all divided into quarters to create four groups of four. I think the easiest solution would be to do this by geographical location, but an actual ‘drawing out the hat process’ would add some extra spice!

Let’s stick with geographical location for now, though. So for example, one group in National One could include (based on this year’s teams): Richmond, Rosslyn Park, Blackheath and Old Elthamians.

Each team would play six games - three at home and three away – and the top two from each group would qualify for the quarter-finals.

With one team earning promotion to the Championship, you could use the traditional knock-out stage format and the winner of the final would earn a place in the second tier. Simple?! For deciding the quarter-final draw, I’d follow the system used in the Champions Cup.

In terms of relegation, the three teams with the lowest amount of points after the group stage, would go down. If clubs are level on points, then we’d just follow the system of who has got the best playing record etc…until we have an outcome.

For National Two, the added element of the play-offs does make things slightly trickier, but there is an easy answer to the potential problem.

You play the National Two North and National Two South ‘finals’ as you would in National One, but the loser of the finals will go into the play-off, thus gaining another chance of promotion.

So for example, if Fylde lost to Caldy in the National Two North final, they could play against Tonbridge Juddians with the venue of the play-off decided as it is in a normal season: Who has collected the most wins during the campaign (in our case, the group stages).

Hope that makes sense, but my ideas are never that good!

With the announcement last Friday that the final league standings were generated using a formula, I have promoted Bournville, Barnstaple, Blaydon and Rochford Hundred as well as including several second-place sides based on their overall points when the leagues were called off.

So, congratulations to Harrogate and Guernsey on their promotion to National Two. Tonbridge Juddians and Taunton have both entered to National One too, due to their final points totals.

Firstly, I know that the north and south system is not geographically perfect - some people are going to have some long away journeys, but each club will only have four away games all season and four home games.

At the top of the table the leaders of the North and South, will simply play-off, the winner being promoted to the Championship.

Much like in the National One system, the eighth placed side at the end of an eight-game season will be relegated to the division below and the seventh-place teams will play-off, the loser being relegated too.

Essentially, there is eight games for the majority of sides and potentially 10 at most. My suggestion would be to play the eight regular games over the course of two months, then a two-week break before the second-place and seventh-place playoffs in National One and National Two.

These could be part of a small show-piece weekend of fixtures at a venue like Welford Road, or Franklin’s Gardens, before the promotion finals being held at the Stoop or the Ricoh Arena, where the day, or weekend, can be a celebration of National League rugby and of the core values of the game.

Don’t get me wrong, it would take a lot to get this system to work, but if the start to the league season is postponed and there is a way to complete a campaign in 12 weeks, with two showcase weekends, this may be a way to do it.