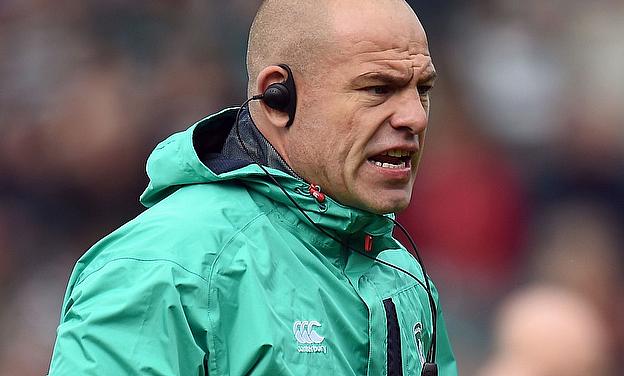 Leicester boss Richard Cockerill is happy there are no "ifs and buts" surrounding Saturday's Aviva Premiership clash against champions Northampton when the Tigers face a win-or-bust play-off scenario.

The equation is a simple one.

If Leicester beat their fierce East Midlands rivals at Welford Road, they will secure a play-off place for an 11th successive season and be away to Bath next weekend.

Defeat or a draw against Saints, though, added to Exeter and Saracens both claiming victories over Sale and London Welsh, respectively, and Tigers' season will be over.

If Leicester, Exeter and Saracens all finish level on 68 points - which is a distinct possibility - then Tigers will still claim third spot behind already-qualified Northampton and Bath due to a greater number of league wins this season.

While it is impossible to confidently predict the final shake-up, it could be that Exeter miss out, especially with Saracens seemingly set for a try spree against a London Welsh side that has lost all 21 Premiership matches this term and conceded more than 950 points.

Leicester maintained their play-off hopes by beating Wasps at the Ricoh Arena last weekend, and rugby director Cockerill said: "It was the best we had played all season, and we have to do it all again now against Saints.

"Saracens could have booked us a place in the top four, but their defeat by Exeter (last Sunday) has done us a favour psychologically.

"There is no wondering about ifs and buts now. It's not about tries or bonus points. We need to win, and if we win, we are through.

"It focuses our mind, and we know exactly what we need to do."

Lock Ed Slater makes his first start of the season for Leicester, replacing an injured Geoff Parling, but Saints show a number of changes prior to the play-offs, with skipper Dylan Hartley on bench duty and his England colleagues Luther Burrell, Courtney Lawes and Tom Wood among those rested.

While Saracens go about their business at London Welsh, Exeter will concentrate on their task against Sale and hope they do enough to clinch a play-off place for the first time.

"What we have to do is avoid getting distracted about what is happening between Leicester and Northampton, and what London Welsh and Saracens are doing," Exeter head coach Rob Baxter said.

"Let them get distracted by one another. Instead, let's make sure we get the one thing we can control, which is a good performance here against Sale.

"I know how hard we have worked to get back into the top six this season, and I know how hard Sale are going to work when they come down to us. Sale deserve a lot of respect because they have beaten us in the past, and they've beaten us well."

Exeter defeated Saracens last time out, and Baxter added: "What we have to do now is make sure the Saracens game is not one of those nice fixtures in our past, but instead we have to make sure it means something.

"Therefore, for it to mean something, we have to make sure we put in a win this weekend."

Sale and Wasps are contesting one remaining qualification place for next season's European Champions Cup, with Wasps knowing that victory over London Irish on Saturday would clinch it but, any slip-ups, and Sale could move above them by claiming a five-point maximum at Exeter.

"Whether our season has been a success or not boils down to one game now. It's a proper cup final for us," Wasps rugby director Dai Young said.

"We have more to lose going into the game than London Irish do, so the pressure is probably more on us than it is on them. But that is the type of pressure you have to live with if you want to achieve things in professional sport.

"I have never been one to hope other teams do you a favour. The reality is, it's in our own hands."

And Sale rugby director Steve Diamond said: "We've got a lot to play for. We will be disappointed if we don't make it into the Champions Cup."