Cipriani is in the mix - Dallaglio 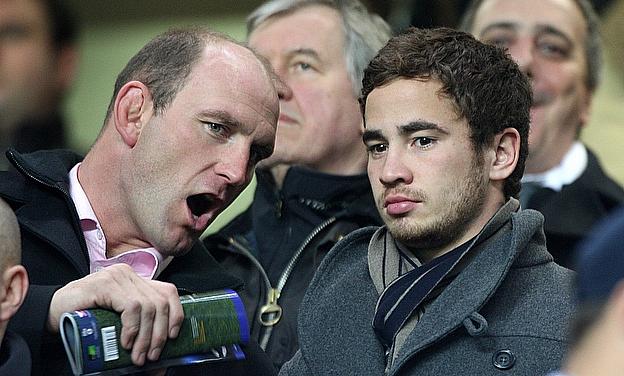 Danny Cipriani has earned the right to be considered as a candidate for England's World Cup squad.

That is the view of former captain and Wasps team-mate Lawrence Dallaglio after watching the Sale fly-half rediscover the form and drive which made him such an outstanding prospect earlier in his career.

England coach Stuart Lancaster is currently spoiled for choice at 10, with Owen Farrell the man in possession but being pressed hard by the likes of Bath's George Ford and Northampton counterpart Stephen Myler.

However, there is a growing clamour for Lancaster to take another look at Cipriani after a fine season in club rugby, and Dallaglio believes the 26-year-old deserves that opportunity.

He said: "We have got so many talented number 10s now, and that's a really good position to be in because it's such an important position on the rugby field.

"Danny is a phenomenally talented rugby player - we had him at Wasps for a number of years and he made a sensational England debut against Ireland, probably one of the best I have ever seen from any player.

"Then by his own admission, lost his way a little bit. He turned to Australia, which for a player so young was a strange move.

"But he has certainly earned the right to be talked about again in this class. He has come back, he has got his head down at perhaps an unfashionable club in Sale and has been really instrumental in their rise up the table this season to European rugby.

"I am watching rugby every single day, every single week and I can say with hand on heart that his contribution to Sale's cause has been immense this season in terms of his general play-making and his ability with the boot as well.

"It's a hugely competitive environment - you have got the likes of Owen Farrell, you have got George Ford, you have got Stephen Myler - but I would certainly add Danny Cipriani's name into the mix."

Cipriani won his last Test cap in 2008, with off-field issues having seen his career stall to the point that he decided to re-launch his career in the southern hemisphere with Melbourne Rebels in 2010.

However, Dallaglio is confident it was a very different man who returned to English rugby when Sale came calling, and that could present Lancaster with the best kind of headache as he selects his squad for the four-Test tour of New Zealand next month.

He said: "The reasons he [Cipriani] has been omitted in previous years have perhaps been non-rugby related.

"No-one can question his commitment to playing rugby, getting his head down, working hard on his game, and that's a decision that Stuart Lancaster now has to make. He has certainly got some nice decisions."

Dallaglio's comments came as he visited St James' Park, the home of Newcastle United, to mark 500 days to go to next year's Rugby World Cup.

St James' is one of the venues for the tournament, tickets for which will go on sale between September 12 and 29 this year.

As hosts, Lancaster's men will hope to go all the way, and Dallaglio, a member of Sir Clive Woodward's victorious team in 2003, insists there is genuine cause for optimism.

He said: "Stuart Lancaster and his staff are building a really strong team now. They are taking on and beating regularly some of the best teams in the world, so it's going to be very, very exciting from that prospect.

"There is still a lot of rugby to be played in those 500 days between now and the start of the tournament, but England will understand a lot more about where they are, perhaps, when they come back from New Zealand.

"They are playing four Test matches against New Zealand in the coming months and I for one, as a former England player and as a fan, am very excited about not only the World Cup being here but obviously England having a very strong and formidable team."