Chris Robshaw to remain with Harlequins until end of season 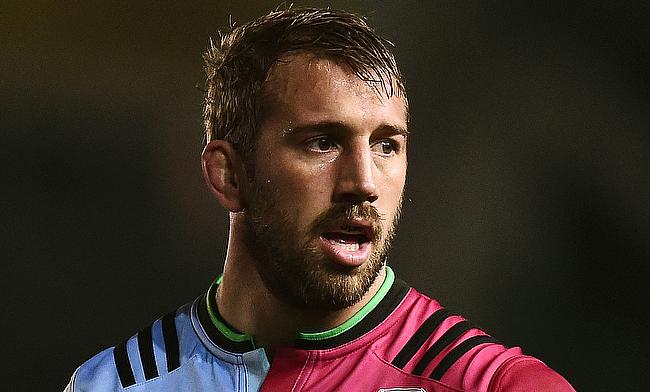 Harlequins skipper Chris Robshaw has signed a contract extension with the Gallagher Premiership club until the end of the 2019/20 season.

The former England skipper has been with Harlequins since his professional rugby debut in 2005 and has made close to 300 appearances for the club including 206 games in the Premiership. He also captained them to a Premiership title victory in the 2011/12 season.

The 34-year-old announced in February that he will be leaving the Twickenham Stoop based club in July when his contract expires but with the ongoing competition extended following the pandemic coronavirus, Robshaw has decided to see off the season.

"It's great news personally to know I will have the chance to play my final game for my boyhood club," Robshaw told Quins' website.

"The pandemic has affected so many aspects of so many peoples' lives, I'm just grateful to the club for allowing me the opportunity to finish my final season with Harlequins.

"For me, this is a special team, with a special fanbase to whom I owe so much.

"I'm confident I can speak for the entire team in saying we're looking forward to giving our fans something to scream and shout about again after a long absence."

Harlequins are positioned seventh in the Gallagher Premiership table with five wins from 13 games.