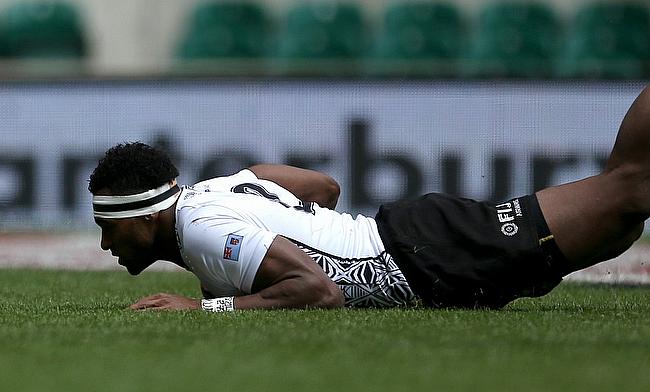 Harlequins have confirmed that back-row Semi Kunatani will leave the Gallagher Premiership club.

The 29-year-old will rejoin French side Toulouse after playing for them between 2015 and 2018 previously.

Kunatani's association with Harlequins started ahead of the 2017/18 season and has made 24 appearances for the club scoring three tries.

“I’ve been honoured to play for a club as famous as Harlequins over the last two seasons. Even as a young kid in Fiji, I grew up knowing about the famous jersey. It is a great source of pride to me to have worn the colours and be able to call myself a Harlequin," he told the official website of the club.

“I want to thank all my teammates, coaches, and staff for making my time here so enjoyable. Knowing the squad as I do, I’m excited to see what they can go on to achieve with so many exciting young players.”

Kunatani also was part of the gold medal winning Fiji Sevens squad that competed in the Rio Olympics in 2016.

“I am pleased for Semi that he has found an opportunity to continue his career in France. Semi and Paul Lasike were the first two players I recruited at the Club, and I believe both have contributed significantly to the Quarters.

“Semi has some incredible talent and plays with a freedom that we encouraged in the attack.

"He has the ability to hurt teams with his skill set and perhaps his stand out game was against Clermont in the Challenge Cup semi-final last season where he gave a complete performance on both sides of the ball and displayed a blueprint of what his best could be.

“He is a great guy, always smiling and we all wish him well as he returns to France for his second spell in his career".