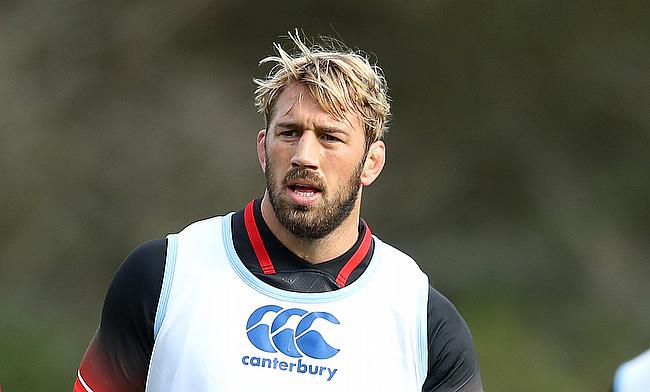 England international Chris Robshaw stated that he was impressed by his club team-mate Marcus Smith on how he has went upon his game.

Smith made his professional rugby debut with Harlequins in 2017 and was called-up to train with the England squad for the autumn internationals and the upcoming Six Nations tournament. Even though his debut is unlikely in the near future, his stints with the training squad under the watchful eyes of Eddie Jones is definite to help him grow as a player.

"Marcus has been extremely impressive this season for a guy straight from school," Robshaw said in an exclusive interview to ESPN. "He's come on, he's confident but he's not arrogant. He gets on with things, he learns, he's hungry for success and willing to put the work in.

"He's always on the pitch doing extras to his game, whether it's doing one-on-one tackling with Jamie Roberts -- Jamie's taken him under his wing doing that as he's not the biggest lad -- and he's holding his own. He's working on that every single day and week and that's the attitude I like in him.

Earlier, head coach Eddie Jones had described Robshaw's chances to feature against Italy as 'borderline' following a back injury but the former England captain is continuing to train with a hope to take the field on Sunday.

"You do little bits of base work, control on the ball, in case something does happen so you're ready.