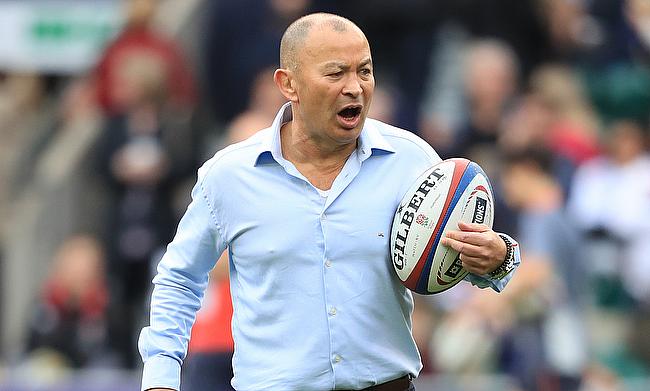 Eddie Jones has had a successful outing with England
©PA

As a big boost to England Rugby, head coach Eddie Jones has penned a new deal with the Rugby Football Union that has extended his contract to 2021.

Jones, who took over from Stuart Lancaster post 2015 World Cup was originally contracted until the end of the 2019 edition in Japan but now has set his sight on a long-term goal.

Under Jones, England have won 22 out of the 23 games played as they clinched back to back Six Nations title that includes a Grand Slam in 2016 while also registering series victories in Australia and Argentina.

Jones was delighted with the news and is confident of making England a formidable force.

“Coaching England is a dream job for me, and I was delighted to be asked to stay on after Rugby World Cup 2019,” said Jones.

“I have been completely focussed on developing a team capable of being the number one rugby team in the world and winning the World Cup in 2019. I never take my role as England head coach for granted and did not presume I would be asked to stay on, but, once the conversations started very recently, it was not a difficult decision to make.

“These are exciting times for English Rugby, with a focussed and committed squad who are full of potential and determined to win. I will continue to work as hard as I can to make England the world’s best rugby team.”

Jones' contract extension to 2021 has a performance-based clause attached to it and will depend on the red rose team's success in the showpiece event in Japan.

Meanwhile, RFU are also working on a succession plan that will help them groom a new coach under Jones and ensure a smooth transition when the 57-year-old's contract comes to an end.

“Under Eddie’s leadership, we have risen from eighth to second in the world – and Eddie won’t be satisfied until we are number one.

“He has a 95% win rate at the helm, and has been a galvanizing force for the RFU, bringing focus, clarity and extraordinary commitment to the role.

“We now have a robust succession planning process in place which will avoid the historically disruptive pattern of resetting the coaching team and performance system every four years. Eddie will be a big part of this process, and wants to ensure a smooth handover to his successor.”