Alan Solomons apologises to Worcester supporters after defeat to Northampton 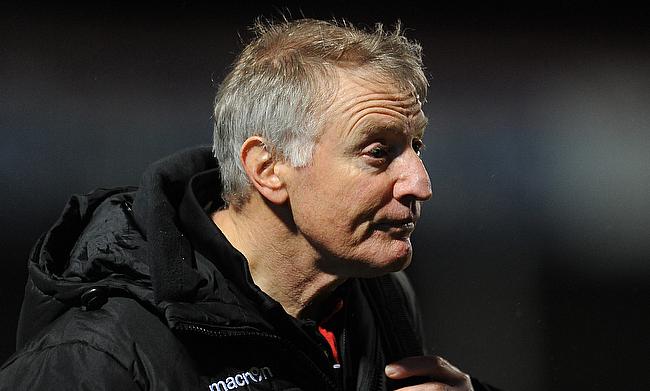 The two teams entered Friday's game at Sixways with three wins from 10 matches previously but it was Northampton, who outplayed the hosts to complete a 6-32 victory.

Dan Biggar contributed 20 points while Cobus Reinach and Luther Burrell scored a try apiece for the Franklin's Gardens outfit as they revived their campaign to climb sixth in the table.

The first half also saw Worcester fly-half Weir missed a couple of penalties and he made a blunder in the second half as well when he passed straight to Burrell, who strolled over the line for Northampton's second try which Solomons believed was a "killer blow".

“We didn’t play well in the first half but we only turned around at 12-3 down,” Solomons said.

“Duncan is usually a fantastic kicker. You have those days when one or two don’t go through so it could have been 12-9.

“We started the second half much better.

“In about the 58th minute we were on their line. Had we scored then and gone 13-12 up it’s a different game.

“They got the intercept and ran virtually the length of the field.

“It was a 14-point turnaround and I think that actually changed the whole game.

“We then gave another intercept from about 70 metres so they got two tries, but the first was the turning point in the game.”

The fans at Sixways had tough weather to deal with at the top of their team's disappointment performance with few even leaving the venue early and Solomons felt sorry for letting the spectators down.

“We are all disappointed and we are sorry that we weren’t able to deliver a really good performance,” Solomons said.

“We were a little bit off the pace in the first half as they had the better of it.

“I thought we came back better in those first 20 minutes (of the second half) but one little incident has had a major consequence.”