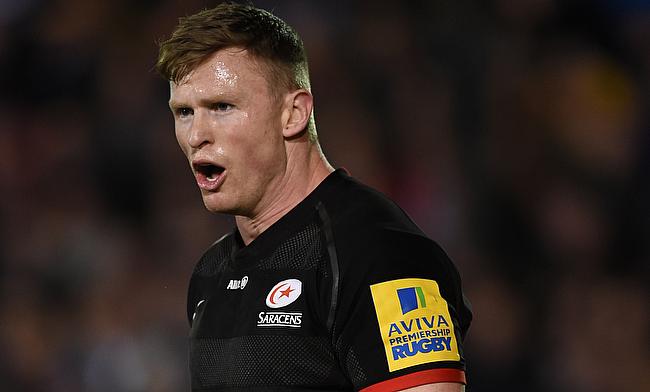 Saracens wing Chris Ashton assured he will do "everything within his power" to reclaim his place in the England national squad despite his recent 13-week ban while playing in the Aviva Premiership.

Ashton was also banned for 10 weeks earlier in the year for making contact with the eye area of Ulster's Luke Marshall during the European Champions Cup game which forced him to miss the Six Nations tournament and since then he has not featured in an England side under Eddie Jones.

Admitting it might be a long journey to fight his way back into the England squad, Ashton insisted that he has not given up his hope yet.

"It may seem a long journey back from the despair of last week's judgement but I will do everything in my power to get back to where, in my heart, I feel I belong."

Ashton, who last featured for England in June 2014 also thanked Saracens for their extended support and also expressed disappointment with the verdict given by the disciplinary panel.

"It would be an understatement to say I was disappointed last week to be handed a 13-week ban by the RFU, my second significant ban of 2016," Ashton told Saracens' official website.

"I told the disciplinary panel that I did not bite the Northampton prop, just as I had told the panel in January that I did not make contact with the eyes of the Ulster centre.

"Both panels chose to accept the opposing version of events. I did not agree with either verdict but I must and do accept the sanctions.

"There is no place for biting or gouging in rugby, and World Rugby are 100 percent correct in seeking to eradicate these actions.

"Rugby is a physical sport but it is also a fair sport; that is the way I have always played the game, and that is how I will continue to play the game.

"I would like to thank publicly Saracens for their support during these times, and I am wholly committed to repaying the faith of Nigel Wray, our chairman, and Mark McCall, our director of rugby, and all the other coaches, players and staff of this special organisation."