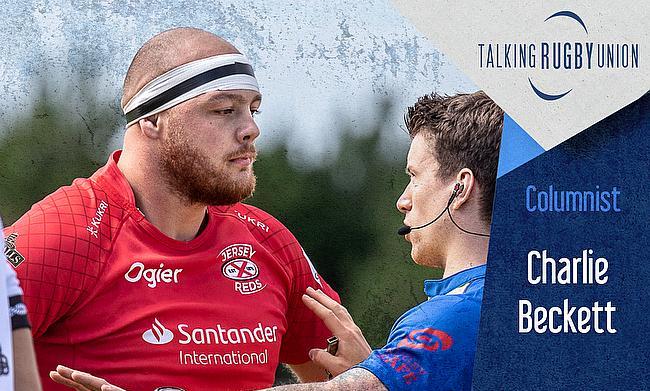 Charlie Beckett most recently played for Gloucester in the Premiership
©TRU

I am going to start this column by saying something you will very rarely hear me say, or see me write in my columns… I hope I am wrong.

I hope I am wrong because in this column I am going to discuss the concerns I have surrounding the 2020/21 Gallagher Premiership season. Now at this point, I need to make clear that I am no longer a Premiership player. My short-term deal with Gloucester finished alongside the conclusion of last season and unfortunately, it was not extended.

This coming season I will be plying my trade, once again, in the Championship, so my concerns surrounding the Premiership are those of a fellow professional rugby player, not a Premiership player.

The concerns I have are surrounding player welfare and the increased risk of injury. Rugby is a brutal and somewhat barbaric sport at the best of times, and the risk of injury is high, you accept that as a player. A number of serious injuries, and maybe even operations are to be expected in the course of a career, let’s call them ‘occupational hazards.’

What’s not to be expected, however, is a season in which the smallest number of consecutive games a team will play, before there is even the chance of a weekend off, is 19!

That is the reality facing Premiership teams this season and you worry for player welfare. Any side playing in the Champions Cup will have to play at least 19 games in a row before they have the possibility of a weekend off, and if they qualify for the knockout stages of Europe, that number will be even higher. That is ridiculous!

In my first season at Jersey, due to scheduling issues and changes, we once had to play 14 weekends on the bounce. I was involved in every single one of those games and all I can say is that at the end of that block, I felt, to be honest with you, awful.

Everything hurt. I was nursing and playing through a number of injuries which meant my training week was hugely modified in order for me to be able to play on a Saturday, and I was both physically and mentally exhausted. I can’t even begin to fathom how players will be feeling after 19 weeks of matches and match preparation training in a row. S&C coaches and physios, unfortunately, will have their work cut out I expect!

Compounding my concerns around the number of consecutive games is the short turnaround time from the conclusion of last season. Teams who failed to make the play-offs only finished last season seven weeks ago, Bath, as losing semi-finalists, finished six weeks ago, Bristol, after their European triumph, finished five weeks ago, and Exeter and Wasps, after playing the Premiership final, only finished four weeks ago!

It’s so disappointing picking up a serious injury that stops me in my tracks. I’m in safe hands and I am determined to be back stronger than ever ????. Thank you for all the messages of support ?? #backsoon pic.twitter.com/hQHpAdsYWg

As for international players, well with the final rounds of the Six Nations, the Autumn Nations Cup, and The Rugby Championship in the Southern Hemisphere, I’m not sure their seasons ever really finished at all.

These short turnaround times do not leave long enough for a player’s body to recover from the trials and tribulations of the previous season as well as allowing time to have a sufficient pre-season in which the majority of the strength and conditioning/injury prevention work is done by players in order to prepare their bodies for a new season.

At this moment in time, I appreciate my concerns are pure speculation, but we only have to look to football for an indication of how a lack of pre-season and a congested fixtures schedule can contribute to an increased injury rate. As of the 12th November, after eight Premiership matchdays in the EPL (English Premier League), there had been 103 reported muscle injuries. That is a 16% rise when compared to the same stats after eight matchdays in the 2019/20 season. That is a huge increase, especially when you consider that footballers play 38 games in a Premier League season and when put alongside European and domestic cup matches, campaigns can easily be in excess of 50 games.

Premiership football teams aren’t even a fifth of the way through their season, so the usual ‘wear and tear’ of a regular-season should not have come into play yet. This is the part of a season when players should be at their fittest and healthiest, but instead, this season, they are getting injured.

Obviously, rugby, unlike football, is a collision sport, and for an indication of how a disrupted pre-season may affect injury rates in a sport such as our own, we must look to our collision sport cousins across the pond. I am of course referring to the NFL.

The schedule of the current NFL season is no more congested than that of a typical season on the gridiron, however, the pre-season training for teams was hugely disrupted because of the COVID-19 pandemic. Many experts, such as Dr Lyle Cain, an orthopaedic surgeon and sports medicine specialist at the Andrews Sports Medicine & Orthopaedic Centre in Alabama, are saying, that this disruption is the reason there has been a rise in injury rates throughout this NFL season so far.

To back this up, simply look at NFL Achilles tendon injuries. From 2009-2016, a study showed that the average number of players suffering Achilles injuries in a complete NFL season was 12.6. We are currently 10 weeks into a 17-week regular NFL season and already we have seen 15 players go down with Achilles injuries. This rise in injury rates is not unique to Achilles though, there has been a higher than usual number of ACL and muscle injuries as well throughout the 2020 NFL season to date

The data from the current EPL and NFL seasons paints a worrying picture for my friends and colleagues going into the new Gallagher Premiership term this weekend and before it has even started we are seeing the adverse effects of the short turnaround time. Pat Lam announced that Bristol Bears, due to a mixture of injuries and absentees, will be going into their opening game without 15 players to pick from, that is a whole starting team!

Colts RB Marlon Mack out for season with torn Achilles. (via @TomPelissero) pic.twitter.com/LGkpL3ViZB

Now, this is the part of my column where I would usually offer up my solution to the problem I have discussed. Tell you how it should be fixed and smile rather smugly to myself sat here in front of my laptop. However, this time, I cannot. I have no solution and I absolutely do not envy the people who were tasked with scheduling this crazy season. It seems that the powers that be decided that the number one priority was to get this season on and as ‘on-time’ as possible, and it seems this is the only way of making that happen.

I just hope that this decision doesn’t have severe adverse repercussions for too many players. I am not being extreme when I say that injuries suffered on a rugby pitch can have career, and even life-altering consequences, and I worry that with the way this season is about to unfold, we may see more injuries than anyone would ever wish to.