"It would mean a lot for the team" - Challenge Cup Final Preview: Toulon 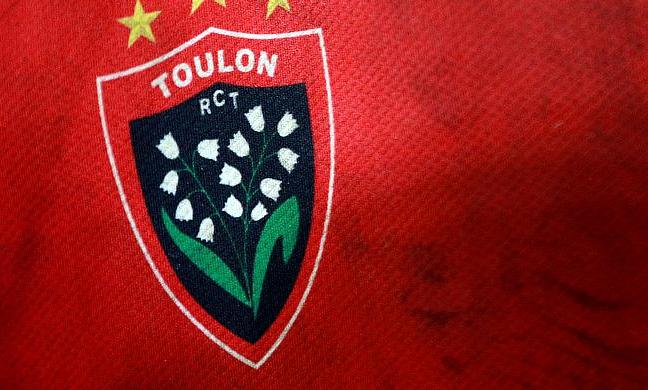 The story of Toulon is a well-known one. Having been a yo-yo team in the noughties, the French club signed England fly-half Jonny Wilkinson in 2009 and his arrival turned the fortunes of the side.

Toulon built an elite squad around the Englishman. Stars came from around the world to join the side on the Mediterranean coast with the likes of Steffon Armitage, Delon Armitage, Nick Kennedy, Bakkies Botha and Matt Giteau all lining up for the club when Wilkinson was there.

Quite simply, the influence England's 2003 World Cup hero had on the club was huge. A dynasty was built, with two Champions Cup trophies being added to their cabinet as well as a Top 14 title. Becoming the French champions would be Wilkinson’s last act in a red jersey as the then 35-year-old kicked 15 of Toulon’s 18 points against Castres to lift the Brennus Shield as captain.

A season after Wilkinson retired, Toulon lifted the Champions Cup trophy once more. This time it was Giteau pulling the strings at fly-half and Leigh Halfpenny knocking points over for fun.

That piece of silverware at Twickenham was the last they have held aloft for some time, but Friday night offers them a chance to reignite their fortunes. Playing against Pat Lam’s Bristol Bears in France, if Patrice Collazo’s side are victorious, it will actually be the club’s first ever Challenge Cup title, having been runners-up on two occasions.

Losing to Cardiff Blues in 2010 and Biarritz in 2012, scrum-half Sonatane Takulua says that he hasn’t been paying too much attention to the English side.

“I don’t really keep an eye on them,” Takulua said. “I’m just trying to focus on Toulon. However, when we knew we were going to be playing against Bristol, we got our heads around them and learned a bit more about them and what they’re capable of.”

The ex-Newcastle Falcons half-back will be coming up against his former national captain Siale Piutau and a Bristol team fresh off a Premiership semi-final loss to Wasps.

Leaving England for the south of France in February, just prior to lockdown, the 29-year-old joined Toulon as a replacement for Wales scrum-half Rhys Webb, who had returned to the UK to play for Bath.

Takulua and the current crop of Toulon players are a side that has changed a lot since their heyday. Sergio Parisse, Facundo Isa and Eben Etzebeth are the star foreign names, but the whole of the squad has a decidedly French feel about it.

Les Bleus' Baptiste Serin, Jean-Baptiste Gros and Charles Ollivon are the club’s national stars, with the latter being awarded the captaincy in January.

Finishing the 2019/20 Top 14 season in fourth, Toulon already know that they will be playing Champions Cup rugby when this year's edition of the competition begins. Starting strongly so far in their new domestic campaign, Takulua and his teammates are currently placed seventh in the table, picking up nine points from four games.

A trophy early on in their new season could be just the boost that they are looking for as they aim to revive the glory days of Wilkinson and co.

“It would mean a lot for the team,” Takulua said. “It would bring more confidence to the club and what we are trying to achieve this year and next year. For me, it is the first time I’ve ever been in a final.”