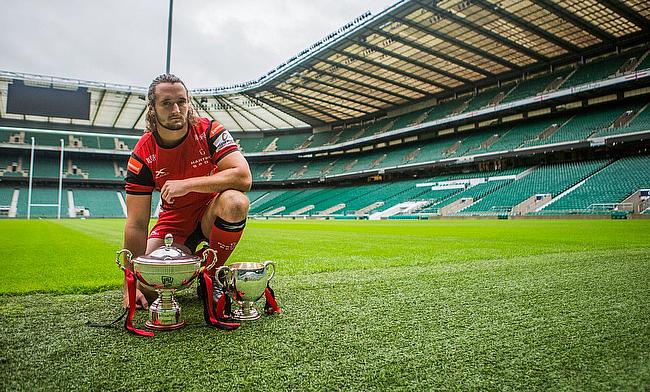 Cardiff Met suffered a setback in their pursuit of league leaders Exeter following a defeat at home to Hartpury.

The Welsh side were blown away by Hartpury’s fast-paced start and never really recovered, despite the visitors being reduced to 14-men in the first period.

The defeat for Met leaves them three points behind both Exeter and Northumbria who have game in hand over Danny Milton’s side.

Leeds Beckett also missed the chance to gain points on the frontrunners and also strengthen their top four credentials as they drew with Durham in the northeast whilst Nottingham Trent’s clash with Northumbria was postponed.

Elsewhere in BUCS, the majority of our featured leagues returned following the winter break while in the Women’s divisions, Edinburgh clinched the title in Premier North and the race for top spot in Premier South is starting to heat up.

Cardiff Met missed out on the chance to go top of BUCS Super Rugby following a defeat against current champions Hartpury.

Hartpury took the lead through Sam Leeming and Dwayne Burrows, before the winger grabbed a quick-fire second score to put the visitors 19-0 up after just 12 minutes.

However, the away side were reduced to 14-men when lock Rob Fuller was sent off for a dangerous tackle and Cardiff Met were able to take advantage as Alex Dombrandt’s score cut the deficit to 12 points before half-time.

Leeming landed a penalty after the interval to extend Hartpury’s lead and the Gloucestershire outfit were able to hold on to that advantage until the final 10 minutes as Cardiff Met threatened.

Dombrandt rumbled over from close range to set-up a grandstand finish, but a Penalty Try for Hartpury ultimately clinched the win for the visitors despite Dombrandt completing his hat-trick at the death.

Leeds Beckett failed to gain ground in the BUCS Super Rugby title race as they fought back to earn a draw against Durham.

Both sides exchanged penalties and an unconverted try before Durham captain Ben Fowles dotted down to put the hosts 13-8 up.

Saul Melvin-Farr smashed his way over after a fine team attack to extend Durham’s advantage to 12 points before Beckett hit back with two scores of their own to snatch a share of the spoils in the northeast.

This week, North A returned for 2018, but there was only one fixture as Leeds v Bishop Burton was postponed. However, the game that did take place was a crucial one for Durham 2nds who beat Birmingham 43-21 to move to within three points off leaders Newcastle, with both sides now having played the same amount of fixtures.

In South A, top of the table Cardiff were not in action as their game was called off against Welsh rivals USW so second placed Hartpury 2nds took advantage by cutting their lead to just two points following a comprehensive 52-0 win over UWE. Meanwhile, Exeter 2nds dented Bristol’s title chances as the West Country side lost 13-10 at home.

North B league leaders Leeds Beckett 2nds began 2018 with an excellent 34-12 win over Strathclyde to remain four points clear of second placed Glasgow who beat Loughborough 2rds 34-27. Elsewhere, Manchester are up to third after a 21-15 victory against Durham 3rds.

With the top two not in action in South B, Exeter 3rds capitalised and they now sit nine points off  the summit following a hard fought 17-15 win over St Mary’s, whose own title hopes are now hanging by a thread. The other fixture in this division saw Portsmouth secure their third win of the campaign as they beat struggling King’s College 37-0.

There was just one match in Northern 2A this week and it was a local rivalry as Lancaster clinched their third win of the season as they beat UCLan 18-10 at Lightfoot Green. In Northern 2B, York v Northumbria 2nds was postponed.

In the Midlands, Leicester edged closer to the 1A title following a comfortable 31-3 win over bottom of the table Birmingham 2nds while Warwick’s promotion hopes were dented as they fell to a 15-12 defeat against Nottingham Trent 2nds. Those two results mean Leicester are now 14 points clear of Warwick despite the second placed side having two games in hand.

In the Women’s top divisions, Edinburgh clinched the Premier North title for the second season in a row as they thrashed Birmingham 85-0. It now means the regaining BUCS champions have not lost in over year.

The other fixture that took place this week saw Northumbria beat Durham 24-17, but both sides along with Edinburgh and fourth place Loughborough, are already in the BUCS Championship quarter-finals.

Joining them from Premier South are Hartpury, Cardiff Met, Oxford and Exeter, but the title is still yet to be decided in this division.

However, the fight for the championship is only between Hartpury and Exeter and the latter cranked up the pressure on leaders Hartpury this week following a strong win against Gloucestershire. The top two now have two games remaining and are level on points.