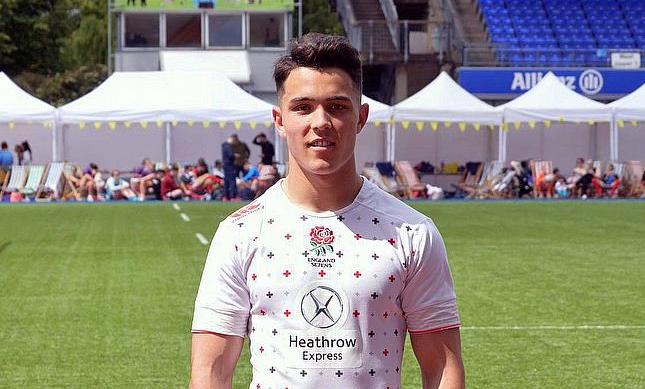 Michael Le Bourgeois on leaving Bedford and his determination not to make up the numbers at Wasps
Kieran Brookes switches to Wasps from Northampton Saints
Nizaam Carr signs permanent deal with Wasps
Callum Sirker: "I didn't know if I would get another chance"

Callum Sirker has revealed moving back to Wasps is quite “surreal”, but insists it is a fresh start.

The versatile back has, for now, called time on his England 7s journey to pursue a career in the XV-a-side game with the club that released him in 2016.

After leaving Wasps due to a recurring shoulder injury, Sirker tried his hand at Sevens and over the last two years, he has gone on to represent England on the HSBC World Sevens circuit.

“It is pretty surreal actually,” Sirker said. “I was at Wasps when I was 12-years-old and before England 7s when I was a young boy, all I thought about was Wasps and playing with their jersey on so it is a massive honour to be back.

“When the opportunity came about, I jumped at it and I am really excited to represent Wasps again.

“It is a more of a fresh start with a new outlook. It is almost me wanting to pay them back for putting their trust in me by working as hard as I can and playing as well as I can at the club.”

After making his debut for England 7s in Hong Kong last April, Sirker’s coach Simon Amor continued to give him opportunities but Amor also helped with his move into the Gallagher Premiership.

“I think it was a 50/50 decision,” Sirker said. “Speaking to Simon, he basically said it is imperative that you get as much game time as possible. Unfortunately, this season that has just been, I had a shoulder injury again.

“Luckily I am back now and fighting fit and playing. The opportunity to play more rugby is with the XVs so when Simon said that I thought ‘Well OK and fair enough!’ and the chance with Wasps came around and here I am!”

There is no doubt that Sirker loved his experience with England. Standout moments came against Australia in Singapore where scored his first tries for his country and he also dotted down against the auld enemy, Scotland.

Sirker admits playing in the London 7s and singing the National Anthem at Twickenham was one of his main highlights over the last two years but he is adamant that this is not the end of his Sevens career.

He added: “I am still open about going back to Sevens. If there is an opportunity to go back at some point, I would be interested because it has always been a dream of mine to go to the Olympics.

“This opportunity with Wasps makes be hungrier to represent the rose again at senior level or at 7s level. It is really something you can’t put into words.

“The last memories I have got with the badge on in the World Series was in Hong Kong. Playing in front of that many people under the Friday night lights and against Scotland, which is always a decent grudge match, was a pretty emotional time because it came right after my injury as well.

“That feeling you get is something you grasp and you want to do it all over again so it is all about working hard, but firstly, focusing on the job at hand at Wasps.”

Pre-season training for Sirker begins next week, but the former Harrow School graduate has already met some of his new team-mates and after also seeing some of his friends make the grade in the Premiership, he is now raring to begin his second spell at Wasps.

“I see a lot of friends and a lot of people that I have played with who have been making their name in the Premiership while I have been playing 7s and rightly so!” he added.

“They are some really talented players who are at a young age, just like me, and I feel like I would love to do that as well.

“If I can keep working hard and especially learn from the brilliant senior players who are at Wasps like Wille Le Roux, Elliot Daly, Christian Wade and Josh Bassett who are all back-three players, then I will have the best chance of taking any opportunities I get.

“I have met some of the boys already. I had a day there where I trained and they are all lovely guys and really welcoming, as was everyone at the club.

“The boys were keen to teach a few things they know and now they have done that, I will be at their ear constantly, trying to learn more new things!”