Callum Sirker: "I didn't know if I would get another chance" 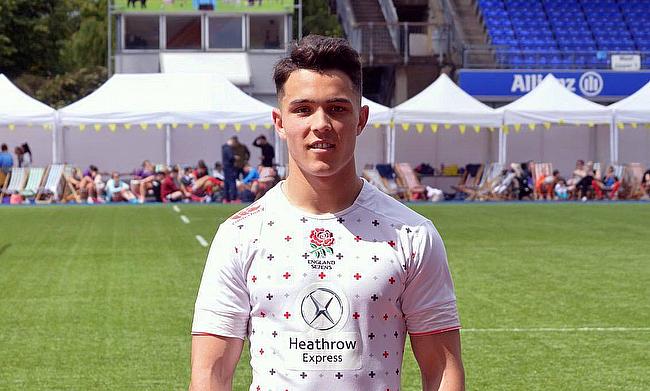 Callum Sheldon: “Every time I play for Scotland I do it for my family”
Niall Saunders: Following in my Dad's footsteps
Simon Uzowke: A breakthrough year

England 7s Development Player Callum Sirker talks to TRU about bouncing back from a long term injury and his aspirations moving forward in the game which he has adored all his life.

It is fair to say Callum Sirker had been enjoying his rugby for the past few years.

A rugby scholarship to Harrow School in 2011 was followed by joining up with Wasps at the age of 12, a summer training with their senior academy and recognition from England at Under-16 level.

Certainly one of the bright young talents in the game, the winger seemed to be impressing on every stage presented to him. He was taking his chances and showing why he deserved all the accolades he had received up until that point. Yet at the start of last season with Wasps, his career was about to come to a shuddering halt. A rising star that was on course to deliver so much was facing a lengthy spell out of the game that he adores.

As Wasps began their pre-season for the 2015/16 campaign, Sirker had a recurrence of what had seemed like an innocuous shoulder injury which he had picked up on duty with England U16s the year before, only this time it was much more serious.

“When I first knew about my shoulder injury was in a game against Scotland for the U16’s,” Sirker tells TRU. I went on to play the next week before having a couple of weeks off and I thought it was fine.  I carried on playing the whole season, but I did have a few stingers on that same shoulder.

“I then played a pre-season game with Wasps where I injured it again which led to me having four months away from game. I had rehab and then happened again which saw me have an operation and kept me out for another four months. I missed the whole of the XV a-side season.

“Any athlete who has had such a long time out of their sport all go through that dark place where you question whether you will get the opportunity to be at your best again, especially with a serious injury which it felt like it was for me.

“It was the first real serious injury I have ever had so it was tough experience for me. Before the injury, I was on top of the world. I was in the England set-up and I had played in the A-League for Wasps. I was doing everything I could. I of course love the game and after the injury I just continued to play it not knowing where it would take me next. I just wanted to work hard to try and get the next break.”

Having not played for the whole of the season, Sirker was now at a crossroads for the first time in his short career.

He began playing the game 12 years ago which was an easy choice for him. “The major factor in my decision to play rugby was my father, but my whole family were my inspiration and still are. My Dad used to play a bit for London Welsh and he loves his rugby so when I was six, he said ‘Do you want to play football or rugby?’ I definitely said rugby and just took it from there!”

And from that moment, every step was a positive one for Sirker. At Twickenham Academy he was offered a rugby scholarship to Harrow School which the 18 year-old states made him the player that he is today.  At a similar time, he was signed up by Wasps and was part of their set-up for six years until an injury-hit season ultimately left Sirker questioning where his career would take him next as the club didn’t renew his contract.

“My time at Wasps did give me a good foundation and I loved being part of the club” adds Sirker. “But, when you don’t play for a whole season in the year that decides your contract, it is hard to give one out and I have just had to bounce back from that.”

And Sirker has certainly bounced back.

Firstly, he managed to return for Harrow for their sevens season. Wins in a couple of tournaments and some impressive individual performances from Sirker, put himself on the radar of England 7s coach Simor Amor. The current Great Britain boss had made up his mind after Harrow had reached the Rosslyn Park 7s final and offered Sirker a one year contract with the England 7s development squad.

“For any athlete, you want to represent your country. It was one the highest accolades you can achieve and I think every time I pull on the jersey, I want to perform to the best of my ability – not only for me, but for my family and for my country. As soon as you have had it once, you want it again.

“With England 7s, it has been intense and it is a whole different ball game.  The fitness levels are completely different to the XV’s game, but having been out for so long, I have loved every minute of it so far and I am raring to get going again." Sirker has also been added to Saracens' squad for the Singha 7s before he starts pre-season with England on Monday.