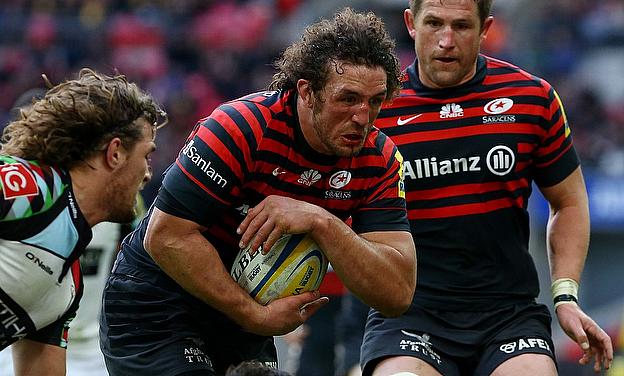 When Jacques Burger lines up in the Twickenham tunnel for Saracens' Heineken Cup semi-final against Clermont Auvergne on Saturday, his thoughts may drift to exactly a year ago when he wondered if he would ever play rugby again.

Sarries had reached the tournament semi-finals and were taking on another French heavyweight in Toulon, to whom they lost a tight encounter 24-12.

Despite the defeat, there was much for Saracens to celebrate having made the semis for the very first time but for Burger, still suffering from a two-year knee injury, there was little room for optimism.

"I remember this time last year we played Toulon and those were very dark days for me," Burger said.

"I was nowhere near fit enough to play and I had to watch from the sidelines.

"It's amazing to think that a year later I'm in this position, you forget about it, once you're back playing you forget how hard it was.

"A lot of people told me it would be tough getting back, I might not ever get back and even if I did get back I might not be as good as I had been before.

"I was lucky I had a great team that supported me - I'm blessed to be back doing what I love and to be playing in the semi-final of the Heineken Cup is just another dream come true."

More than three years on since the Namibian aggravated his right knee in February 2011, Burger is still managing the injury.

He spends at least one session every week away from the squad - on the bike or on the cross-trainer - to aid recovery and maintains a constant dialogue with the Saracens physio team.

Despite his long and painful recovery, Burger has not lost an ounce of the fearlessness that earned him the player of the season award in Saracens' title winning 2010/11 campaign.

In November, he broke the league record when he made 37 tackles in a match against Exeter Chiefs.

"Everyone has something they're really good at and I'm fortunate that I'm good at the physical part of the game," Burger said.

"I like being involved in the physical battles - I can't change the way I play - I've felt like this for so long now and it's worked for me.

"I think it's part of the reason why I'm picked in this team, everybody has something special that they bring and this is my little job."

There will be nothing little about Burger's job on Saturday however, when he will be up against Clermont's Damien Chouly, who is just one of a number of high-profile names on the French side's teamsheet.

Burger, who has only been shown one red card in his career, believes discipline may prove the decisive factor.

"There are so many things Clermont do well - they have an incredible pack of forwards, a great back-line, and lots of very hard-working guys," Burger said.

"There's loads of aspects of the game where they can win it but at the same time we have areas where we can win as well.

"I think it could come down to discipline. We have to avoid giving them any energy with penalties or any go-forward ball with their big carriers.

"We're going to go out there and get stuck in and it's going to be one hell of a battle."