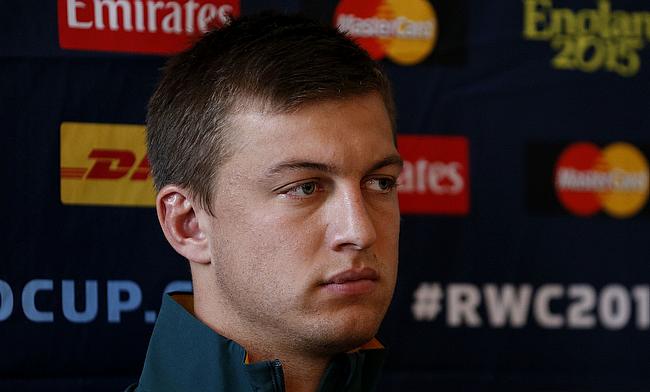 Bulls came up with a 43-34 victory at Loftus Versfeld on Saturday to bring an end to Jaguares' seven-game losing streak.

The defeat has prevented Jaguares from claiming the top place in South African Conference which also has Bulls at the last despite the victory.

The opening six minutes was completely dominated by Jaguares as Nicholas Sanchez crossed over in the third minute and two minutes later Pablo Matera also went over the line as they climbed to a 0-12 lead.

The visitors stretched their lead to 19 points when scrum-half Gonzalo Bertranou strolled past the line and Sanchez once again was spot on with the conversion as the first quarter ended with total domination from Jaguares.

The response from Bulls finally came in the 22nd minute with a try from John-Ben Kotze and further tries from Embrose Papier (35') and Jesse Kriel (40') that saw Handre Pollard kick all three conversions ensured the teams headed into the break with a 21-19 scoreline.

Bulls were quick to get off the block in the second half with Pollard kicking a penalty goal but Jaguares reclaimed the lead with a second from Bertranou that came in the 46th minute.

As the game was going competitive, the South African side switched gears with Jamba Ulengo (52' and 65') and Marco van Staden (57') scoring further tries to take their tally to 43 points and despite a consolation try from Matera in the final minute, Jaguares succumbed to a 43-34 defeat.

HIGHLIGHTS: 2018 Super Rugby Week 18: Bulls v Jaguares@BlueBullsRugby gave their fans something to cheer about in the last game of their home campaign after upsetting @JaguaresARG 43-34 at Loftus Versfeld on Saturday.#BULvJAG #Week18 #SuperRugby #BullsFamily50K pic.twitter.com/wxgcDttlFC