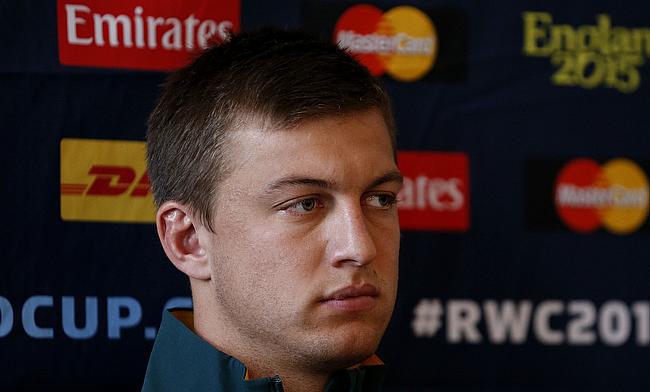 Rahboni Warren-Vosayaco scored a late try as Sunwolves edged out Bulls with a 42-37 victory in their Super Rugby face-off at Singapore National Stadium.

This is Sunwolves' third win of the season in 14 games as they still languish at the bottom of Australian Conference while Bulls are at bottom of New Zealand group.

Michael Little played a pivotal role in the opening try as he offloaded to Akihito Yamada. Even though the latter grounded the ball, Little once again set up Hayden Parker, who dotted down in the second minute. The fly half also kicked the conversion neatly as Suwnovles raced to a 7-0 lead.

A few minutes later, Bulls showed a lot of aggression and had the ascendency in the scrum and maul. They had a chance to score five metres out but was penalised by referee Ben O’Keeffe.

The lead for the Japanese side doubled when Keisuke Uchida touched down in the 19th minute that was improved by Parker. Just as Sunwolves felt they had full control, Bulls' response came in the 23rd minute when Jesse Kriel crossed the whitewash unopposed.

The centre also scored his second five minutes later and Pollard's double conversion saw the visitors level the scores before the half-hour mark. As the half time was approaching Sunwolves lost Willie Britz to sin-bin for collapsing a maul and Pollard scored a converted try to give Bulls a slender seven point lead before the break.

The second half saw Pollard kicking three penalties and a conversion while Conraad Van Vuuren being the lone try scorer for the visitors but Sunwolves showed total domination Gerhard van den Heever (46'), Britz (51'), Little (65') and Rahboni Warren-Vosayaco (75') all scored tries to steer them to a 42-37 win.

HIGHLIGHTS: 2018 Super Rugby Week 17: Sunwolves v Bulls
The @sunwolves grind out a sensational win in a back and forth game against the @BlueBullsRugby in Singapore. Having trailed at half-time they now claim their third win of the year.#SUNvBUL #SuperRugby #Week17 pic.twitter.com/vuUu5LXpHj