Bulls name Handre Pollard as captain for clash against Sunwolves 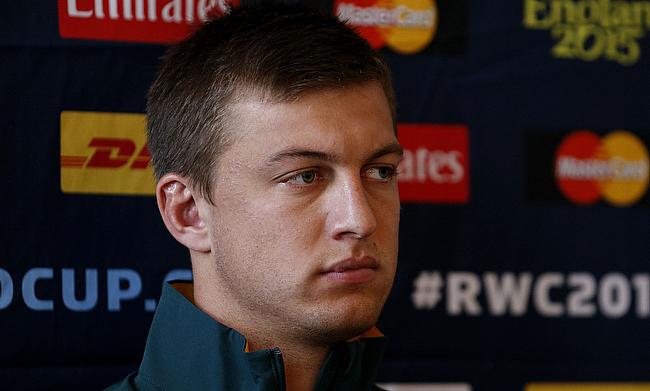 Bulls have confirmed South Africa international Handre Pollard as the captain for the upcoming Super Rugby clash against Sunwolves at Singapore National Stadium.

The decision follows after regular skipper Burger Odendaal was ruled out of the encounter due to an injury.

Jamba Ulengo replaces Travis Ismaiel at wing, Odendaal's place in the XV has been taken by Divan Rossouw. The other change sees Embrose Papier taking the place of Ivan van Zyl.

Pierre Schoeman is named at prop and Marco van Staden shifts from number eight to prop with Jannes Kirsten and Hanro Liebenberg drafted in the line-up.

“It is great to be back playing in the tournament again. We had a good break, but also had some time together to sort out elements in our play that lacked consistency,” said Bulls coach John Mitchell.

“The Sunwolves are always dangerous, especially on home turf and we will have to be very principled in our approach and execution if we want to stay in the contest.”

Pollard believes they need to find their momentum and rhythm as soon as possible.

“We have not played together as a team for a while, but that should not be a problem for us. We know each other pretty well by now and even the guys coming back after injury have played in the tournament before,” he said.

“It will be a challenge, as the Sunwolves have shown their competitiveness in the competition, but ultimately the onus will be on us and how badly we want the win. There is still an outside chance, so we cannot afford any mistakes.”