Bristol sign Alby Mathewson in a hope to avoid relegation 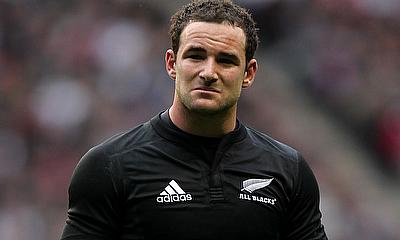 Bristol Rugby has signed All Blacks international Alby Mathewson until the end of the ongoing season in a desperate move to avoid relegation.

The Ashton Gate outfit is placed last in the table with 13 points from as many games and have a realistic chance of edging out Worcester Warriors, who have just one point more in the battle for survival.

The scrum-half has rich experience in Super Rugby and has played over 100 games combined for Hurricanes, Blues and Western Force since 2007. All his four appearances for New Zealand came in 2010.

Bristol head coach Mark Tainton believes the experience of Mathewson can prove handy for the club as they aim to end the season on a high.

"Alby has vast experiene, over 130 Super Rugby caps, so we're looking forward to welcoming him into our environment," Tainton.

"He's a good communicator and has performed consistently at the highest level during his career.

"It's a crucial period in the Aviva Premiership for Bristol Rugby and we believe Alby's introduction will sharpen our performances at the business end of the campaign."

Meanwhile, Mathewson said he was impressed with Bristol's vision and is hoping to contribute to keep them afloat in the Aviva Premiership.

"It's an exciting prospect to play in the Aviva Premiership and to represent Bristol, a team that is clearly on the up and playing with confidence," said Mathewson.

"There's a solid plan and structure in place here. Bristol know where they need to be and what they need to do to stay up.

"Everybody has bought into that culture and I'm fully committed to playing my part in helping the club achieve their goals this season."