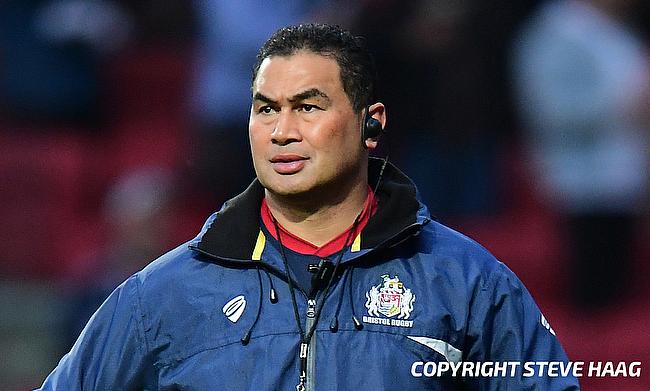 Former New Zealand international John Afoa has been appointed the new scrum coach of Bristol Bears ahead of the 2021/22 season.

The 37-year-old will take the additional role alongside his playing commitments. He will take over the role from Alasdair Dickinson, who is set to return to Glasgow Warriors in summer as their scrum coach.

Afoa joined Bristol ahead of the 2018/19 season and had represented Auckland, Blues, Ulster and Gloucester in the past. He has also played 36 Tests for New Zealand and last featured for them in the victorious 2011 World Cup campaign.

“This is an exciting step for me personally and I’m grateful to Pat for the opportunity," he told the club's official website.

"There’s a significant responsibility and it’s one that I’m relishing alongside representing the Bears on the field.

“We’ve developed a good reputation with our scrum so the impetus is on me to build on that and work with the guys to continue our growth in that area.”

Bristol director of rugby Pat Lam welcomed Afoa's inclusion to the coaching panel and is confident that his experience will benefit the club.

“Jonny has been planning and preparing for a few years to transition into coaching so I’m very pleased to add Jonny to our Coaching Team from next season.

“I first worked with Jonny back in 2004 and after playing over 450 first class games in both hemispheres, it’s fair to say he is hugely knowledgeable about the scrum and all its fine arts.

“Jonny is a massive leader, mentor and player for the Bears, and he has played a big part in driving our culture and performance on and off the field.

"He has the utmost respect from the players and management alike and I believe he will be an excellent addition to the coaching team and he’ll continue to add real value on and off the pitch".

Bristol are at the top of the Gallagher Premiership table with 13 wins from 16 games and will face Exeter Chiefs next at Ashton Gate on 24th April.