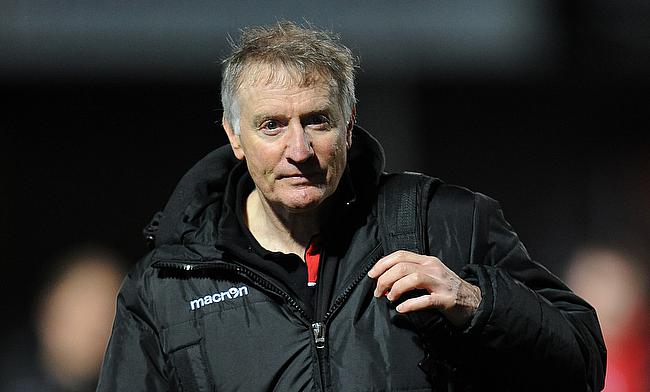 Worcester Warriors have confirmed the signing of Blues outside back Melani Nanai from the 2019/20 season.

Nanai made his professional rugby debut with provincial side Auckland with his Super Rugby debut coming a year later. He also enjoyed Mitre10 Cup title victory with Auckland last year when the side defeated Canterbury in the final.

The 25-year-old will head to Sixways next season after the completion of his Super Rugby commitments with Blues.

“I am really excited about the opportunity to test myself in the Gallagher Premiership and being part of what sounds like an exciting new era for the club,” Nanai told the official website of the club.

“I know a couple of players at Worcester Warriors and have only heard good things. I am excited about meeting the team and working with the coaching staff at the club.

“I will be forever grateful to Auckland, the Blues and New Zealand Rugby for what they have given me since I moved to New Zealand and it will be hard leaving so many great friends, teammates and family behind.

“My wife, Bridie, and I recently got married and we are expecting our first child, so it is going to be a very big year for my family and we are really looking forward to the start of this next chapter.”

Nanai, who could play at wing as well as fullback was part of the Samoa Under 20 side that featured in the 2013 Junior World Cup Championship where he scored three tries from five games and also represented Barbarians during their 31-31 draw game against the Springboks in November 2016.

“It is fantastic news for the club that Melani will be joining us next season," said Worcester director of rugby Alan Solomons.

“He is an absolutely class rugby player, who is equally at home at wing or fullback.

"The X- factor he brings will be invaluable to us as we move forward and our supporters are in for a real treat next season."