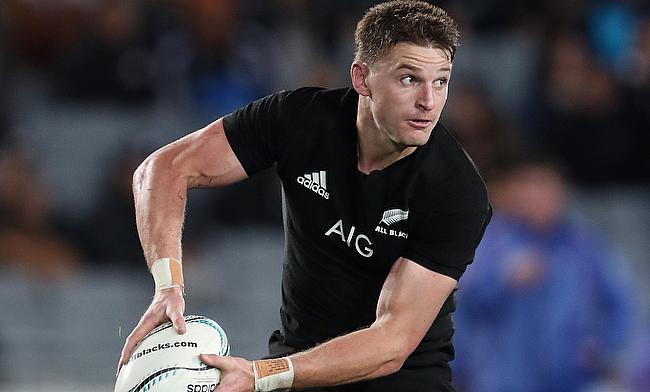 Aaron Cruden returns for Chiefs for clash against Blues
Video Highlights: Super Rugby Aotearoa Game 2 - Blues off to winning start
Blues hold off Hurricanes with 30-20 win at Eden Park
‘Hopefully I can put my best foot forward’ – Marchant on his development with the Blues

Blues have maintained their winning start in the Super Rugby Aotearoa competition as they defeated Chiefs 12-24 in the second round at FMG Stadium Waikato on Saturday.

The win has taken their total in the tournament to eight points as they are at the top of the table while Chiefs have lost both their matches until now.

The opening points of the game came in the 22nd minute when Chiefs capitalised on a ruck offence from Blues as Damian McKenzie kicked a penalty goal.

Blues hit back as number eight Hoskins Sotutu dived under the post and Otere Black kicked the conversion to make it 3-7 before McKenzie with another three pointer in the 21st minute reduced the gap for Chiefs to one point.

As the half-time was approaching Black and McKenzie traded penalties but the Blues suffered a setback when Dalton Papali'i was sin-binned for a ruck offence.

Despite the numerical advantage, Chiefs did not score any point at the start of the second half before Black kicked a three-pointer in the 53rd minute but that was cancelled out when McKenzie kicked a penalty goal in the 57th minute to make it 12-13.

As Beauden Barrett took responsibility of kicking, he slotted a drop goal and a penalty at the start of the final quarter to make it 12-19 before Mark Telea took the visitors to a position of safety when he dived on the right wing to make it 12-24. Barrett missed the extras but Blues finished with second straight win in the tournament.

Blues will line up against Highlanders next on 27th June in Auckland while Chiefs will lock horns with Crusaders on 28th June in Christchurch.