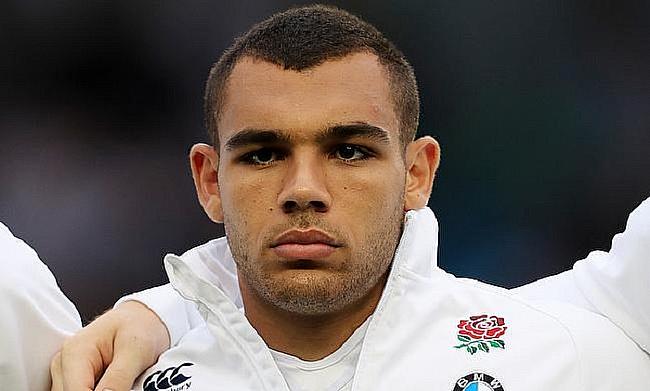 TRU Podcast - Talking Super Rugby Aotearoa with Joe Marchant, Roger Randle, Dane Coles & Ollie Ritchie
Looseheadz x TRU Podcast: Dane Coles
Roger Randle: There will be All Black trials every week
Dane Coles: “We respect all the decisions that have been made”

Harlequins’ Joe Marchant says he hopes he can put his best foot forward when he returns to England next month.

The 23-year-old moved on loan to New Zealand franchise, Blues, at the end of last year but his stint in Super Rugby comes to an end on July 1st.

Before leaving the UK shores behind, Marchant had featured in three of England’s four World Cup warm-up matches but wasn’t included in Eddie Jones’ final plans for Japan.

The Quins man impressed last summer - making his debut and scoring his first try for his country - and on TRU’s Super Rugby Aotearoa & Looseheadz podcasts, Marchant said he did speak to the England head coach before he moved to Blues.

“We just talked about development,” Marchant said. “It was only a brief conversation, but I just said I was thinking about doing it and what did he think.

“Did he think it would be good for my career? He thought yes. Being able to play both northern and southern hemisphere rugby would definitely be a big string to my bow and learning how they play down here and all those kinds of things would help me when coming back.

“I just took the World Cup and coming close as an added incentive to go away, learn as much as I can and hopefully come back a better player so that when the next lot of international games come around, hopefully I can put my best foot forward.”

Marchant only has a few weeks left in New Zealand to soak up has much knowledge and experience as possible before heading back to Quins as Paul Gustard’s side prepare for the return of the Gallagher Premiership.

For now, Marchant is thoroughly enjoying his time in Super Rugby and with both Beauden Barrett and All Blacks legend Dan Carter now part of the Blues roster, the England international is learning from the best.

He added: “It is pretty crazy, especially in training! There’s two full backlines. You have got Beauden Barrett at 10 on one team and Dan Carter at 10 on the other. It is pretty ridiculous.

“I’ve seen him [Carter] play loads. It kind of makes it weird. The other day, there was a really old game on the TV where he was very fresh faced and straight on the scene. It is crazy how long he has been around, how much he has won and done. World Cup’s, Super Rugby’s and even French Top 14’s. To have someone like that come into your team, it is just an amazing thing.

“Even throughout the whole back line, there is people all over the shop! Everyone has got knowledge that hopefully I can tap into and take back with me.”

Before the traditional Super Rugby season was suspended due to the coronavirus pandemic, both the Blues and Marchant were in fine fettle.

The Auckland outfit had made their best start to a campaign in nine years following five wins from their first seven matches whilst Marchant had scored three tries in six games for his new club.

The Blues kick-off their Super Rugby Aotearoa journey against Hurricanes on Sunday at Eden Park and Marchant feels his side can recapture their eye-catching form from earlier in the year.

“Before the lockdown, we had done a very hard stint,” Marchant told TRU.

“We had two weeks in South Africa, we’d won in both games which is something we hadn’t done for a while and winning one of the away games in New Zealand [against Hurricanes], again, the Blues haven’t done that for a while so doing that and starting the season with five wins in seven games was something that everyone was on fire for and buzzing for.

“Lockdown stopped all of that, but I think from now, it is a completely fresh slate. We are going in from good form where the confidence was high, you’ve got the new boys coming in, the levels of training are ridiculous and there is competition all about the place. There is no reason why, starting the competition, we can’t be on fire.”