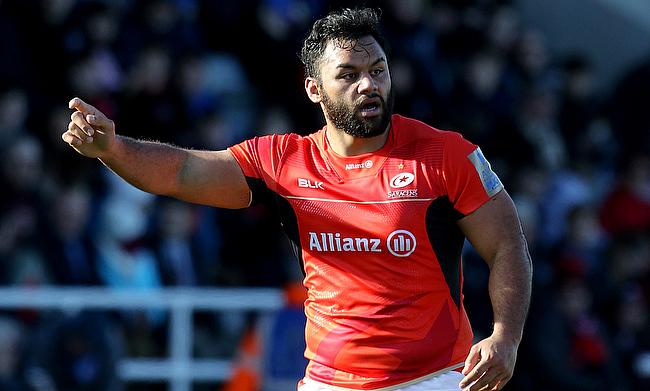 Saracens number eight Billy Vunipola is hopeful of returning back to the England squad for the final two rounds of the ongoing Six Nations tournament after making a comeback from a knee injury.

The 24-year-old was a part of the starting line-up for Saracens in their recent Aviva Premiership encounter against Newcastle Falcons where he played for 72 minutes.

Recalling his conversation with England coach Eddie Jones, Vunipola is keen to return to the national squad in their Grand Slam title defence ahead of the Calcutta Cup match against Scotland on Saturday.

"I talked to Eddie this week and I said to him that, if I came through the game and I feel okay, we can talk but I'd love to be back in the mix," Vunipola said after his side's five-try victory.

"I don't want to disrespect anyone by saying I'm going to walk straight in. If he wants me to play, I'm more than happy to but I'm still waiting for his call."

Vunipola sustained the knee injury during England's autumn international clash against Argentina where he was carried off the field. His brother Mako also was also suffering from a similar injury but was among the replacements in England's previous clash against Italy.

The former Wasps star added that faith has helped him and his brother Mako from recovering from their injuries.

"I don't really believe in that stuff," he said. "I think I went in the cryo chamber once, maybe twice, because I had to.

"Every time they tell me to go in, I stand around for a bit and pretend I've been in there.

"Other than that, I just tried to stay clear and let God do his thing.

"I think with me and my brother, the biggest thing is probably our faith. We knew we had to take this opportunity as a blessing."

During the lay-off period, Vunipola had spent most of the time in socialising before getting into serious training to attain match fitness and is confident of a good performance against Scotland, if he makes it to the squad.

"Any chance I can get out and do some skills and keep topping it up, I try to do that as much as possible.

"I had three months where I had the time of my life. I had good fun, met a lot of people, socialising a lot, and now I have just turned it down a bit.

"We had a four-week block where we just hit it hard - every day was a double weights session into a fitness session. That was a tough period but now that I'm out of it, I can see the good that's come of it.

"Today I didn't feel like I was playing a pre-season game. I felt good. I know that training is going to be tough, Eddie's always said that his training will get you prepared for a game so if he wants to play (me), I'll be fine.

"I've been in to see the boys and it's nice to see them but at the moment I feel a little bit on the outer so I'd like to get back in and get involved with all the lads."