Ben Williams on life after Cardiff Met, his move to Ealing and his aims in the Championship 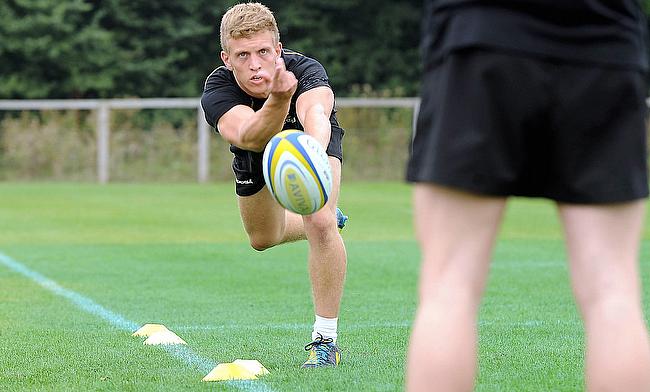 Ellwood: ‘They are a thriving club who want to improve which is what I want to do as well’
Can Ealing take the next step in 2018/19?
Ealing Trailfinders confirm signing of Ben Williams and George Simpson
BUCS Super Rugby Championship Final: Hartpury v Cardiff Met

After our interview with Ealing's Jake Elwood last week, TRU's Joe Harvey caught up with teammate Ben Williams as he discusses moving to Vallis Way.

“It was hard to absorb it all and I think, for me, during the warm-up I was trying to take everything in before even starting the game.”

Ben’s three years at Cardiff Met ended in a last-minute defeat to Hartpury College in the BUCS Super Rugby Final at Twickenham. Watching on you could tell that the 21-year-old had put everything on the line for the Archers.

“I think I just got too emotional because I got so attached this year to the team,” Williams added. “We had a really good thing going this year, so I think it was the realisation of not only that we lost the final, but also realising that it was the end of an era.”

Just 19 days later, Ben was teammates with the players who had shattered his BUCS Super Rugby dreams as he joined up with the England Students squad for their tour of France. “Everybody got along. I don’t know how to describe it, but there was nothing between us. If anything, it meant we became closer as a group.”

Remarkably, Ben’s first sport wasn’t rugby until he took it more seriously at secondary school, resulting in Worcester Warriors to knock on the door. “I was with Worcester from probably the age of 13/14, in their Elite Player Development Group.

“I got let go [by Worcester] in my last year of college and then I went to New Zealand before I went to Cardiff.” Never sacrificing his academic achievements for rugby, Williams went to University with the intention of developing as a rugby player and to gain a degree.

“A big driving motivation for me was the fact that I was able to play at a high standard, alongside getting a degree as well.” Williams was in good company at Cardiff Met, with former teammates Alex Dombrandt going to Harlequins following an outstanding season in the Welsh capital.

Following in the footsteps of Gareth Edwards, Gareth Cooper and Jamie Roberts in attending Cardiff Met, Williams was in good hands progressing as a player. At the end of his time at university, Williams was signed by Ealing Trailfinders.

“I think it was maybe a week before Twickenham I knew,” recalled Williams on his move to London. “It was announced out on tour in France. It was a bit of a nerve wracking time to see how the boys were going to react. they were all sound about it and they all congratulated me.”

Being in a new environment and moving to Ealing has been made easier with Cardiff Met teammate George Simpson also joining up with the Championship outfit. “It’s been nice to have a familiar face going into an environment like that.

“We’re both sharing those emotions, so it’s quite nice to be able to bounce things off him, rather than going through all those emotions and feelings individually.” The two former Cardiff Met students are just two of Ealing’s 27 new signings ahead of the new season.

Fortunately, Williams isn’t alone in joining a new club with lots of new players joining the ranks at Ealing: “It’s a funny one, purely for the fact that about 60% of the squad is new. I think we’re just looking forward to the start of the season and just getting our heads down in preseason to make sure that all the hard work is done.”

It was his time at Worcester that gave Williams the urge to become professional: “I think that the professional environment, really got me aspiring to actually go professional.”

Never looking too far ahead, Williams has set himself short-term goals in order to succeed next season: “It is about making sure I am fitter than ever on the back of this preseason and working my socks off until all the preseason games,”

After two seasons of trying to gain promotion, Ealing look in better shape than ever. “As a team we’re just trying to push for that promotion to the Premiership, especially with the strength and depth we’ve got in the squad.”

The RFU Championship fixtures have been released today with Ealing beginning their campaign at home to London Irish in the first weekend of September.