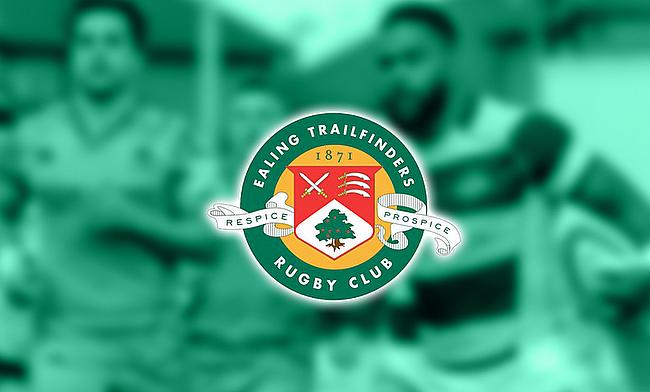 Ealing Trailfinders have confirmed the signing of Ben Williams and George Simpson ahead of the 2018/19 season.

The duo will join the club from Cardiff Metropolitan University as they look to shape their career with the first team. Fullback Simpson has featured for Harlequins at grade level and has also represented London Irish at the Singha Sevens tournament.

The 21-year-old also has more expertise in the sevens format when he was part of Samurai Invitational Side during the Dubai Sevens.

“I’m very excited to be joining Ealing Trailfinders. They play a great brand of rugby that I’m looking forward to being a part of with plenty of ambition," said Simpson.

Simpson's Cardiff Met University team-mate Williams has played in Aviva Premiership A League when he represented Worcester Warriors. Both the players were also part of the BUCS Super Rugby University final against Hartpury earlier this year.

“I am delighted to sign for Ealing Trailfinders and really excited about the future. I can’t wait to put my head down in pre season and work hard.," said Williams.

Ealing Trailfinders director of rugby Ben Ward is confident that the upcoming stint will help the duo propel their career as they face a transition in to professional rugby.

"It is clear that both of these players have real quality and we look forward to both of them developing further at Ealing Trailfinders.

"George is an attacking full-back with a bit of X factor about him. He has also played a lot of his rugby at fly-half and will give us another play-making option for next season.

"Ben has a very good kicking and passing game, his core skills are very strong and I’m sure he will benefit from working with the likes of Luke Carter, Ryan Foley and Jordan Burns."