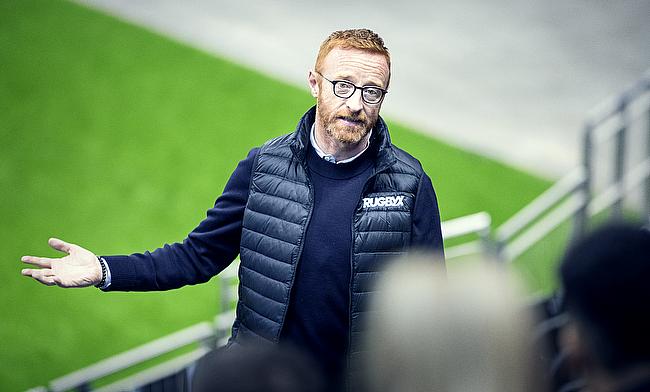 At half-time in the Olympic Rugby 7s final, Fiji knew they were about to create history. They were 29-0 up against Great Britain and the Pacific Islanders eventually romped to a 43-7 victory to clinch gold in Rio De Janeiro.

Head coach Ben Ryan had transformed Fiji into a rugby sevens powerhouse in the space of three years and having faced adversity along the way, 2016 culminated in one of the greatest sporting stories ever told.

Fiji had never been a hotbed for sporting achievement, but rugby provided the country with their first Olympic medal under the tutorship of Ryan. The journey is something the 48-year-old from Wimbledon has discussed at great length since that historic moment in Brazil, but the overall impact Ryan has had on the sport in Fiji has just continued to help them grow as a rugby nation.

With the Rugby World Cup now underway, Fiji are in action on Saturday against Australia as the XV-a-side team look to write their own piece of history over the next few weeks. Led by John McKee, the Flying Fijians are being tipped to cause an upset in Pool D which also contains Wales, Georgia and Uruguay.

The explosive speed and outrageous skill-set that we have become accustomed to with Fiji are attributes which will be on display in Japan. When asked about where their strengths lie, Ryan could not pinpoint a specific position in McKee’s squad due to the quality it possesses.

“They have had some great preparation together and they have had some tough games,” Ryan told TRU. “If you look at the players in this team like Viliame Mata, Peceli Yato, Semi Kunatani, Leone Nakarawa and Lavani Botia and then our back three with [Josua] Tuisova, [Semi] Radradra the 13, [Kini] Murimurivalu; these guys are world class.

“[Vereniki] Goneva is still there as well so they have a backline which will be lethal when counter-attacking and they have a back-row which most nations would have in their matchday squad plus, they have a front five which now can scrummage.

“Overall, there are four gold medallists in that squad so it is brilliant to see. They are going to give it a good crack and they are not going to go down easily.”

The way in which Ryan describes Fiji’s squad suggests the Pacific Islanders are at the strongest they have ever been in the lead up to the World Cup. In the last two tournaments, Fiji have finished fourth in their pool, but 2007 provided them with their most memorable moment.

In France, Fiji finished second in their pool to reach the knockout stages. They came up against South Africa in the quarter-finals and gave the eventual winners quite a scare, especially when Fiji levelled the game at 20-20 after two quick-fire tries in the second-half.

In the end, the Springboks were able to clinch a 37-20 victory and Ryan firmly believes this current Fiji outfit are capable of reaching the last eight of this World Cup in Japan.

He added: “The next milestone to achieve is to get through to the knockout rounds. They have done it before. I recently saw the Brighton documentary when South Africa lost to Japan in 2015 and that was amazing, but they didn’t get out of the group.

Sending some good luck vibes to our boys in Japan, few more hours to go to kickoff our Rugby World Cup opener against Wallabies. ALL THE VERY BEST BOYS#ItsFijisTime #TosoVitiToso pic.twitter.com/aJz4exzWKu

“Fiji, in 2007, knocked over Wales and almost beat South Africa in the quarter-finals. That is a bigger surprise or performance in the World Cup anyone has ever had and I think Fiji are looking now to try and replicate something like that again. A quarter-final spot is definitely possible.”

Twelve years on, the Flying Fijians find themselves in a pool with Australia and Wales once again and the optimists in rugby feel McKee’s men have all the tools at their disposal to repeat their achievements of 2007.

Fiji begin their seventh World Cup against the Wallabies in Sapporo and Australia may come into this tournament with a point to prove. A disappointing European tour last year, which included just one victory against Italy, put pressure on head coach Michael Cheika and an opening loss in the Rugby Championship to South Africa wasn’t ideal.

However, they did manage to beat New Zealand in Perth but the All Blacks responded in their usual fashion by securing a dominant 36-0 victory over Australia a week later. Cheika’s side did beat Argentina and Samoa either side of their matches against the world champions, but Ryan feels Fiji can exploit the Wallabies’ inconsistency.

“The way Australia have played in the last few weeks has been a slight oddity,” Ryan explained. "They played with this freedom against New Zealand and it all clicked, but when New Zealand stopped them playing like that, Australia had to change their plan.

“They couldn’t do it and they completely unravelled. If Fiji were playing Australia last, I would have given them [Australia] more of a chance because I think Fiji have had more time together. It is also a nice target because you are going into it knowing it is do or die from the off in the first game for Fiji.

“That is going to be a titanic game. If Australia try to play loosely like they did against the All Blacks, you will see a wonderful game of rugby, but it will play into our favour. If Australia play a bit more pragmatic, then I think that will help them overcome the flying Fijians.”

Fiji will hold no fear on Saturday and indeed throughout the pool stages, but victory against former world champions Australia would have them dancing on the streets of Suva, just as they did in 2016.

Ryan was speaking to TRU at the launch of RugbyX. Click here to find out more about the event and check out @RugbyXOfficial on Twitter ahead of next month’s inaugural competition.