We are really hopeful RugbyX will fly - Ben Ryan 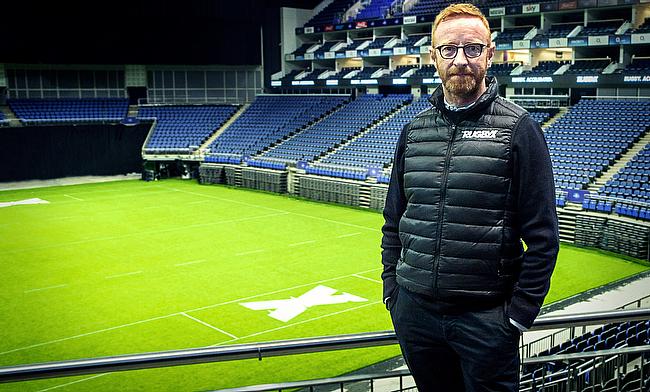 Former Olympic gold medal-winning Fiji sevens coach Ben Ryan is ready for his next venture as the Technical Director of RugbyX - a new format of the game which will take place at the O2 Arena next month.

If you tuned into the football on Tuesday night, commentator Clive Tyldesley described England's match against Kosovo like an ‘NBA game’.

It was fast, frenetic and thoroughly entertaining at St Mary’s Stadium in Southampton as Gareth Southgate’s side eventually secured a 5-3 victory against an expressive Kosovo outfit.

Judging by the reaction on social media, this Euro 2020 qualifier certainly captured the attention and the high tempo nature of the fixture was a key factor in this. Like with most sporting events, the thrills and spills are two elements which go hand in hand to create an exciting spectacle and the inaugural RugbyX tournament is hoping to also fall into that category.

Next month in London, World Rugby have given the green light for a non-stop, full contact, five-a-side competition which will take place on the O2 Arena’s indoor surface.

The matches will last 10 minutes, without a break, and seven rolling substitutes are allowed during a game. Lineouts and penalties have been replaced by quick throws and tap restarts whilst kicking cannot go above 10 metres, which will be measured by ball-tracking technology. As well as this, there are also no conversions - just tries.

“Most sports are looking at these shorter and sharper versions,” Ben Ryan, technical director of RugbyX, told TRU. “In many ways, the sevens does that in rugby. It does in one respect because it is seven minutes each way, but it is on a full-sized field and you play about 50 games over about three days!

“It is a very long day for a spectator, whereas we are looking at two hours sessions where it is fast and furious and all over before you know it!”

One of the other rules which will add to the ‘fast and furious’ vision which Ryan has is drawn matches will be decided by a 1-on-1 shootout. One player from the attacking team will take on one player from the defensive team and they will have 10 seconds to score from 30 metres out.

If a side scores then doesn’t concede or defends an attack and then scores, they will win the match. If the game remains tied at 2-2, there will be sudden death to see who comes out on top.

The rules have been put in place to encourage an accelerated gameplay and some of the leading stars in Men’s and Women’s rugby sevens will try their hand at this new concept in October.

England, USA, France, Ireland, Argentina and the Barbarians will all take part and the chance for fands to view some of the top internationals in the sport such as Dan Norton, Perry Baker and Abbie Brown, is something Ryan is excited about.

He said: “It is lovely to be able to have international teams playing because immediately, you get supporters who are attracted to the country they support and for the players, they will get paid during this tournament which is a massive plus for them.

“It is also great to have the Barbarians involved because that has given us the flexibility to bring in players from other nations like Fiji, South Africa, Kenya and some of the other home nations to play in the tournament.

“I hope it will attract fans from those nations as well and the brand of the Barbarians is another plus. I am thrilled they agreed and I think they will be very, very strong with the amount of possible Olympic gold medallists that are going to be in that team.”

Ryan, who guided Fiji Sevens to Olympic glory in 2016, knows what it is like to succeed at the very top of the game and whilst RugbyX may well showcase some of his gold medal winning stars, developing the game at grassroots level is also a major part of the tournament’s ethos.

The competition has been scheduled for October 29th, which falls in between the semi-finals and the final of the Rugby World Cup in Japan. The showpiece event has, unsuprisingly, generated alot of excitement and Ryan feels RugbyX can also encourage fans to take an interest in the sport.

Big @dallaglio8 thinks it's a modern, accessible format of the game he loves

“The World Cup will turn the heads of people who haven’t watched rugby before and hopefully it will be a good one to get people interested in the game, but they can also come and have a look at the O2,” Ryan added.

“The plan for us is to obviously do some grassroots work because I think RugbyX is a brilliant tool for entry level athletes.

“The schools are just under-resourced in the state sector to start XV-a-side programmes and yes, sevens is a brilliant sport, but it is a pretty hard entry level sport in terms of the amount of running you have to do.

“This is why we think 5-a-side can work. It has the contact element, but it takes away a lot of the technical elements because you don’t have line-outs or contested scrums or kick-offs so we think it is a really nice taster so people can then move into other areas of rugby in terms of XVs.

“I think with any new version of the sport, you have to show that it really is a proper version at the top so for us, international, Olympic gold medallists will be playing while at the bottom end, it is a real vehicle to increase and retain participation.”

With eight weeks until the start of the competition, tickets for RugbyX are currently on sale (with prices starting at £10) as some of the best players in the world prepare to be part of this brand-new concept.

More tries, tackles and skill will undoubtedly be on display in London and Ryan hopes the tournament can be a success in its debut year.

“We know there is a risk with anything you start which is new,” Ryan said. “Everyone has accepted that and we are just trying to do our best to put together a really good product and hope people enjoy.

“We know it might take a little while for it to really get into the rugby calendar, but it is a great opportunity. We thought if we were going to try anywhere to start it, it was going to be the O2.

“More people go to this indoor arena than anywhere else in the world. It is easy to get to in London, it’s iconic, it is in between the semi-finals and the final of the Rugby World Cup, tickets are fairly priced and you get to see international, world class rugby so we are really hopeful this will fly.”

For more information about RugbyX including fixtures and times, check out their website: (https://www.rugbyx.com/).