Ben Morgan grateful to have chance to recharge batteries 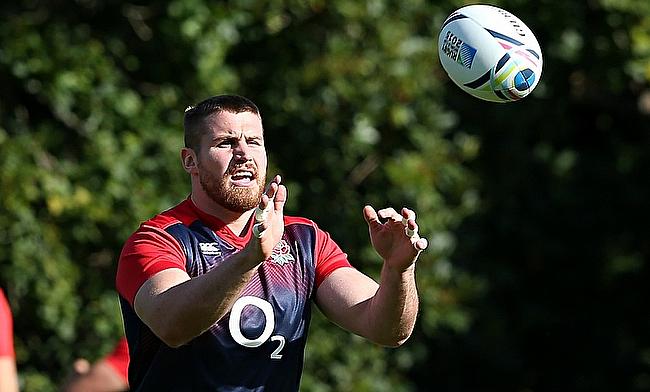 Ben Morgan during preparations for the 2015 World Cup
©Press Association

2015 began on a sour note for Gloucester’s number eight Ben Morgan but could end on a massive high, both on and off the field, as he prepares to return to first team action following some much needed time off.

Morgan's 2015 took an early turn for the worse when he suffered a broken leg against Saracens on January 9th - an injury that was to rule him out for the rest of the 2014-15 season. It was a bitter blow having been named as England's Player of the Autumn International series only a few weeks before.

Morgan then spent the next few months working his way back to fitness, including multiple sessions in an oxygen chamber, in a bid to make Stuart Lancaster's squad for Rugby World Cup 2015.

Following a miraculous comeback, the Bristolian made England’s final 31-man World Cup squad and appeared against Australia in what was ultimately to be a tournament ending defeat for the host nation. Returning to Gloucester and immediately throwing himself back into action, Morgan has featured in six of the first eight matches this season for the Cherry and Whites before being stood down this weekend as part of management’s desire to manage workload within the squad.

The 26-year-old told the club website that it's been an eventful 12 months.

"It's definitely been one of mixed emotions and, in some respects, it's a year I'd almost like to forget, especially the January time when I got injured.

"But I had the huge goal of working my way back to fitness for club and country, with the World Cup a massive target. For me, it's been one of the toughest years I've experienced in terms of work, I've had to work my wotsits off to be frank.

"I did get back for the World Cup but, realistically, having missed out on preseason it probably meant that I wasn't in the best position to come straight back into Premiership Rugby.

"That's why I consider myself very fortunate that Gloucester have managed me in the past few weeks and given me this opportunity to freshen up as they have.”

It's an approach that Gloucester have taken with the majority of their returning internationals, with the likes of Greig Laidlaw and Jonny May also having their game time carefully managed in recent weeks.

"As a first World Cup experience, a home World Cup, I don't think you'll ever feel a pressure like that again. It was pretty full on and obviously things didn't' quite go to plan for us.

"That was tough mentally on top of the obvious physical challenge for me just getting there in the first place.

"It is great that they're able to do this and, ultimately, I'm very fortunate that I've got this opportunity mid-season because I think it'll help me for the rest of the season and beyond.

"I'm very excited at the prospect of returning to the first team squad and very hungry to be involved again. You never want to miss out but I think this rest period is the best thing for me long term, and will allow me to return in good shape, raring to go and hopefully deliver at the top of my game for the rest of the season.”

A challenging Festive period lies ahead of Gloucester, so having a fresh, revved-up Ben Morgan will be a welcome boost.

However, he quickly points out that he has one personal event of note scheduled in a couple of weeks time.

"My wife and myself are actually expecting a baby on December 29th, so it's going to be a busy Christmas period as a family and a very quiet New Year in all likelihood!

"That will be a great end to a year which didn't start so well.”