Jonny May back for Gloucester trip to Northampton 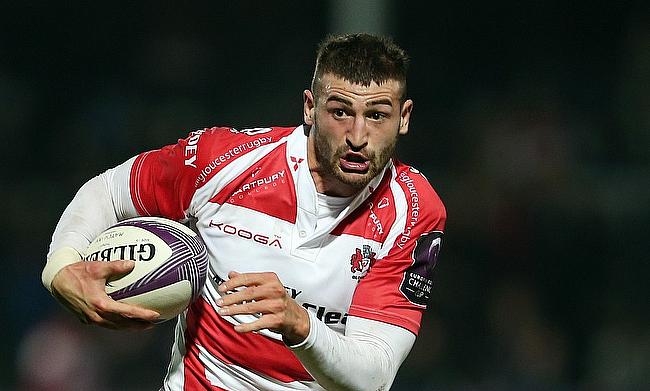 England wing Jonny May is back in the Gloucester line-up and Mariano Galarza is in the matchday squad for the first time as the Cherry and Whites prepare to take on Northampton tomorrow night (27th November).

Gloucester have made changes in the back division to the team that beat La Rochelle in the European Challenge Cup which see Rob Cook comng in at full-back while Willi Heinz takes the place of Greig Laidlaw at scrum-half as part of Gloucester's rotation policy.

The forwards, meanwhile, are unchanged although on the bench hooker Darren Dawidiuk is poised for his first Premiership action of the season now he is fit again following a calf injury and Galarza is available again following suspension.

Galarza signed for Gloucester in February only to suffer an injury in The Rugby Championship, following which he underwent shoulder surgery.

In September, he was banned for nine weeks following a citing for eye gouging during Argentina's opening World Cup match against New Zealand.

The trip to Franklin's Gardens is a return for Gloucester to the venue where they played their first competitive game under David Humphreys and Laurie Fisher last season, but much has changed since then according to Humphreys.

"You can easily try and use that as a marker, but I've no doubt that as a team, whether from a coaching or playing perspective, we're very different to where we were 12 months ago," he said.

"It's hard to make any comparison in terms of where we are now to where we were then. We've put in a huge amount of hard work and we're a much better team.

"That hasn't always been reflected in our performances, we're still searching for the consistency that we need but we're happy with where we are and looking forward to the challenge of going to Northampton, a tough place to play but a great place to play."

Gloucester currently lie in ninth place in the table after four rounds, one place ahead of Saints in 10th.