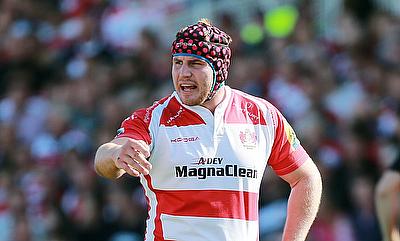 Gloucester Rugby have named a strong side to travel to La Rochelle for their second European Rugby Challenge Cup pool four fixture.

They got their campaign off to a winning start, beating Zebre 23-10 at Kingsholm and following three games in six days, just four players remain in the starting line-up.

In the pack, Paddy McAllister, Richard Hibbard and John Afoa form a familiar-looking front three, Tom Savage teams up with Jeremy Thrush in the second row and Moriarty, Matt Kvesic and Ben Morgan comprise the back row.

Head coach Laurie Fisher knows that his team need to play at a high level if they are to make it two European wins out of two as they defend the Challenge Cup title.

"Traditionally, French sides are a lot better at home than they are away but they had a hard-fought game at Sixways against Worcester last week," he told the local media.

"They're performing well in the Top 14 this year and I think it'll be a tough old game up there.

"The way this tournament works, you've got to keep on winning. So, we've given ourselves a good opportunity.

"A bit like Oyonnax last year, if you can get those results in the first two games, one home and one away, then you start to set yourself up.

"We're just looking to get the win. I don't think there are any thoughts about bonus points. It's just about rolling up our sleeves, it'll be a tough place and they'll be very committed in front of their home crowd.

"They're a big team with some quality players so it's a big task for us.”