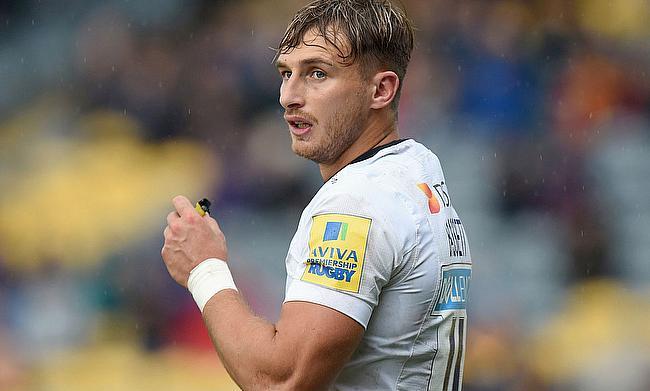 Heineken Champions Cup Betting: What provider should you use?
Who can take Exeter's place at the top?
Match Report: Dragons 8-24 Wasps
Lawrence Dallaglio exclusive: Exeter are in the groove but the French sides will come again

Wasps’ wait to be back in the Champions Cup has been a long one.

Last season, the side played their continental campaign in the Challenge Cup, but the club's run to the Gallagher Premiership final made it a certainty that Wasps would be in Europe’s top tier again.

Making their return in the Champions Cup against Dragons on Saturday evening, Lee Blackett’s men would be victorious, even if the game was in limbo just hours before kick-off due to several positive cases of Covid-19 in the Welsh outfit's camp.

Satisfied by the efforts of Dragons to isolate those affected, when the two sides took to the field, the likes of Tom Cruse, Dan Robson and Jimmy Gopperth ran riot at Rodney Parade and they will be full of confidence ahead of their clash against a Montpellier side who were defeated by Leinster last weekend.

Led by former France coach Philippe Saint-Andre, former Wasp Alex Lozowski directed the team from fly-half, whilst a variety of French internationals past and present made up the majority of the starting XV.

A lovely counter-attack try from the lads at Rodney Parade on Saturday...

Will we see more of the same on Friday back @RicohArena? pic.twitter.com/g29hl6jF3q

But it is in the pack where Montepellier could cause Wasps problems. Last weekend, former France captain Guilhem Guirado started at hooker, whilst Mohammed Haouas, Paul Willemse and Yacouba Camara all add to a combative and forward dominated game. After bettering the Dragons on Saturday, Blackett says his team must build pressure against the French club.

"They are a big side and we need to move them around the field," Blackett said. "That was probably the big thing that we felt, just that continuity and we were creating opportunities, getting in behind Dragons at the weekend.

“We might come up with an error, whether that might be getting stripped in contact, at the breakdown, whatever it might be. We have to, this week, have continuity. We have to work them hard. They will be wanting a slow, physical encounter and we need a quick game.”

In recent years, Montpellier have seen the likes of Benjamin Fall and Nemani Nadolo depart the side and currently World Cup winner Handre Pollard is injured, whilst his fellow South Africans, Cobus Reinach and Johan Goosen, did not play against Leinster.

Still with plenty of talent available to them in the back seven, Blackett says his team has to be wary of the counter-attacking threat which the French club pose.

“I think they have actually got a balance of both [a forward orientated game and in the backs],” Blackett said. “Definitely their DNA is physicality and confrontation, but having said that, you watch them on counter-attack, and they are almost a little bit the opposite. I think they come back, they give themselves a load of width and they will give themselves opportunities.

“But, if you are looking at their pure DNA, it is definitely confrontational, physical, set-piece coming at you and even at the weekend I was surprised with the physicality they have got in the midfield as well.”

A victory on Friday night should give Wasps a much clearer path to the knockout rounds whereas Montpellier must win to stand a chance of either progressing in the Champions Cup or securing a Challenge Cup place after the pool stage has concluded.

For the best part of four months now, Wasps have shown their own continual improvement, as opposed to spending too much time analysing their opposition.

It is a method that has served the club well so far, reaching the Gallagher Premiership final in October, but they have had an indifferent start to the new domestic season. Beating Bristol Bears on the opening weekend, consecutive losses to Gloucester and Newcastle followed so their win over Dragons would have been a welcome relief for Blackett and his side.

Consecutive victories in Europe could be the tonic which Wasps need to really kick-start their season and winger Josh Bassett feels that he and his team-mates must carry on with ensuring that they are best prepared for the challenge their opposition pose.

“It is tough finding that balance of preparing for the team that are coming but focusing on yourselves,” Bassett said. “We want to improve on our performance last week. They are big, they are physical, they have got some great players, but you can’t be too focused on that because we want to go out there and express ourselves in the game and we don’t want to start worrying about them too much and not focus on ourselves.”