Being with England was pretty crazy, but my short term aim is to continue to gain opportunities at Harlequins 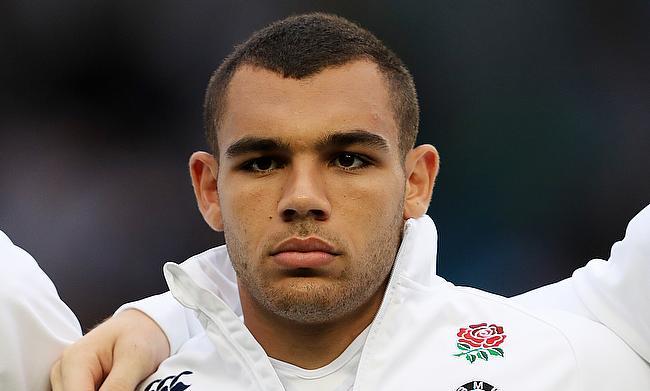 Mat Protheroe: “It has been a quick transition, but I know I have a long way to go.”
Worcester Warriors hold back Harlequins comeback to secure 24-17 win
Marchant helps Harlequins to close victory for Harlequins in Big Game 9
Future Wasps aiming to shine at all levels
Callum Sheldon: “Every time I play for Scotland I do it for my family”
Niall Saunders: Following in my Dad's footsteps

As we are still in the embryonic stages of 2017, all talk about more success and achievements on the international stage is at the back of his mind. Joe Marchant, first of all, wants to continue writing the next chapter in his impressive career at Harlequins.

A new tale was added to his story just before Christmas. Marchant had ambitions from an early age that he wanted to play professional rugby, but not even in his wildest dreams would he have expected to have had such a breakthrough year in 2016.

Quins ended the calendar year with a 28-24 victory over Gloucester in the annual “Big Game” at Twickenham and Marchant grabbed the headlines. It certainly won’t be last time the 20-year old will shine at England HQ and on this occasion he scored twice as Harlequins continued their unbeaten home record for the campaign.

“I have loved being involved this season,” Marchant explains, as we talk over the phone. Harlequins is an excellent club to be at. It’s great going into training every day and putting the effort in to get the opportunities. It’s a privilege to play professional rugby.

“I have been lucky to get a lot of game time recently.  I got a few games last season which I was really happy about and that helped me prepare for England duty too which was good. This season, I have been getting my chances and I have loved it and it has made me aim for more game time.

“I don’t want to get too far ahead of myself though. The short term goal is to perform well when I get my chances for Quins, because if you are not performing well, you don’t get picked.  There is great competition for places especially in the centres and I just need to keep improving.

‘Keep improving.’ It sounds as if Marchant isn’t content with what has he has achieved in the game so far, but in reality, the first two words of this paragraph highlights the ambitions and aspirations the young centre has. He has shone at The Stoop this term, but just over half a mile away is where every young English rugby player visualises playing – Twickenham.

Marchant is keen to emphasis his immediate aims for this year but the truth is, there is a bigger picture forming for him.

Despite Marchant still only being 20 years-old, he has an impressive CV when it comes to pulling on the white jersey of England. He has represented his country at Under 18 level, where he scored a try on his debut, before moving up an age grade which saw his supreme talent come into sharp focus. The success he has had with the U20s is something young players can only dream of.

A Six Nations title  in 2015 was followed by a home World Championship triumph in Manchester in June of last year where Marchant ignited the final by scoring twice against Ireland. His performances last summer didn’t go unnoticed as Eddie Jones selected Marchant in England’s 45-man squad ahead of the Autumn Internationals.

“Representing England has been amazing,” says Marchant, who scored four tries during the U20 World Championships last year. “To play for England at U18 and U20 level is great and added to that, to win the Six Nations and the U20 Championship was unbelievable – I couldn’t have asked for more.”

But ‘more’ did arrive for Marchant just three months after lifting the U20 World Championship title.

“It [being involved with England’s senior squad] was pretty crazy, says Marchant. “I actually got a notification on Twitter when I was in San Francisco with Quins and it said I was in the 45-man squad. I thought to myself ‘is this real?!’ I chucked my phone to my roommate Aaron Morris just to double check and he said it was!  Going into camp was amazing, but I just wanted to learn as much as I could.

“It was a great experience and in the long term, you want to play at the highest level on the international stage, but at the moment, I just want to keep on gaining experience and apply what I learn into the game time I get with Quins.”

With all of these individual milestones already ticked off as well as high praise from Eddie Jones and regular comparisons to Jonathan Joseph, Marchant continues to push himself. It seems that ever since his Dad took him down to Winchester Rugby Club aged just five, he has been determined to reach the pinnacle of his profession.

His route to Harlequins saw him stay at Winchester until Colts level. “I played at college at Peter Symonds and then went to represent the county,” adds Marchant. “During my time at college, I came to Quins for a little trial in the summer of 2013. That went well and they invited me stay on with the U18s where I was able to get some game time in the A League and then went up into the academy.”

Marchant speaks highly of the academy and the way they eased him into the senior set-up, but there has been nothing cautious about the way the centre has applied himself on the big stage. Marchant has made 17 appearances for Quins this season, scoring six tries in the process and as a result he is turning heads once again.

If 2016 was a ground-breaking year for Marchant, then expect 2017 to follow suit. His eligibility for the England U20s is now over and after impressing at club level for Quins this term; don’t be surprised to see the name of Joe Marchant crop up in future senior England squads as he looks to continue his rapid rise in the game.