Future Wasps aiming to shine at all levels 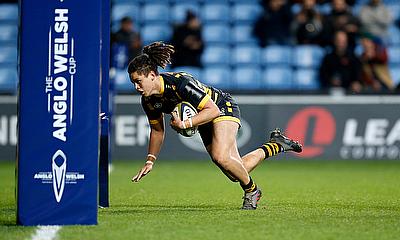 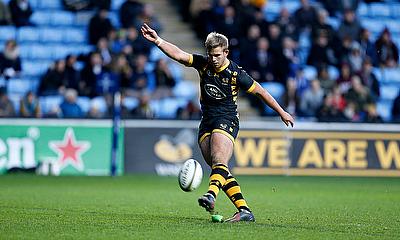 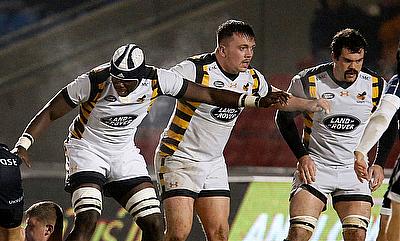 Campbell focusing on Christmas run-in
Paolo Odogwu reveals why Sale Sharks was the perfect fit for him after Leicester Tigers axe
U18 Premiership Academy Players to Watch
Future look: 2019/20 Premiership XV of the Season

Wasps Academy members Jacob Umaga, Conor Eastgate and Ehize Ehizode speak exclusively to TRU about their journey to the Ricoh Arena and life in National Two North this season.

It may not be the most glamourous standard in world rugby, but the National Leagues are where some of the most promising players in the game are able to improve and showcase their skills.

This most certainly applies to Jacob Umaga, Connor Eastgate and Ehize Ehizode who are all seeking to improve themselves by gaining experience in National League Two North this season. These three emerging talents are all currently contracted to Aviva Premiership outfit Wasps, but are all also involved with Midlands club Hinckley, who ply their trade in the fourth tier of English rugby.

Each player is able to tell their own tale of what their journey has been like to this point in their very short careers. Undoubtedly it is Umaga, the 18-year-old former Leicester Tigers player, who has had the quickest rise so far. He has made two LV=Cup appearances since moving in the summer from Welford Road to the Ricoh Arena (scoring twice on his debut against Sale Sharks) and he was attracted to Coventry by the possibility of more first-team rugby.

It has been a very successful first six months for Umaga, who has also been included in the England U20 squad for this season, as his rise through the England ranks continues.

For the fly-half/centre, rugby has always been a big part of his life. With his dad Mike and uncle Tana earning caps for Samoa and New Zealand respectively, Umaga has grown up with the sport on his doorstep. The Halifax-born Umaga began playing rugby at the age of four and 14 years later, he finds himself at one of the most ambitions clubs in this country.

“It’s never been engrained in me to play rugby,” said Umaga. “Obviously with my dad and uncle both playing at a high level, the sport has always been around on the TV or I have watched it at different National League clubs, but I had the choice of whether I wanted to play when I was younger. It soon became part of my life and now I am at Wasps, I just want to do my family proud.”

And Umaga is certainly on course to do just that.

Before Wasps, he played for Warwickshire and Leicestershire at county level as well as the Midlands U16s. He has since gone on to complete his academic studies in Leicestershire, while progressing his rugby education within Leicester Tigers’ academy.

On the international stage he has won England honours at U18 level and most recently with the U19s during their tour of South Africa. With all of this experience already under his belt, Umaga is now ‘taking one game at a time’, but cannot speak highly enough about his time at Wasps and with Hinckley so far.

“At both clubs, everyone has been so welcoming,” he added. I know what the National Leagues are all about after watching the games my dad has been a part of in the past and he has coached a few of the guys down at Hinckley which is a bit strange! However, it has been great so far and the club is on the up.”

Umaga has been competing alongside fellow fly-half Connor Eastgate since he arrived at Wasps in June, but what is clear is that both of these players are brimming with talent. For Eastgate, he hasn’t quite had the same experiences as Umaga, but certainly knows what Wasps is all about.

After leaving Henley College in the summer, the 18-year old is now full-time at the academy and has now been involved with Wasps for four years. The Scotland U20 international isn’t in bad company at training now he has made the step-up to senior level as he has Danny Cipriani and Jimmy Gopperth as mentors.

“I started in the junior academy when I was 14,” said Eastgate who, like Umaga, has represented Wasps in the LV=Cup on two occasions this term. “That led me to go to Henley College where I was playing in the ASSE leagues. That really got me used to the physicality at a high level and the transition has been good. Working alongside the likes of Danny and Jimmy has been great because they are always there to help me when I need some advice which means a lot.”

Eastgate was involved in A League action last year with Wasps and he knows the route of the LV=Cup will certainly be an avenue he can go down to get some game time this year. He was also on the bench in the Aviva Premiership against Worcester last weekend, but Eastgate believes playing regularly at Hinckley is a fantastic option to have this season.

He added: “I think it is good to get week in, week out rugby. After playing school rugby and making the step-up to National League level, it presents you with different challenges that we have to adapt to, but it gives you a good experience as well as a platform to improve your game and you can progress every week.

“The aim this season is to keep doing well for Hinckley, but also to perform to a high standard in training for Wasps. It is all about putting your hand up in training and showing that you are capable of playing well in such a professional environment.”

Another one of Eastgate’s team-mates that has certainly put their hand up over the last year is forward Ehize Ehizode, but arguably his journey to Wasps may have been the most arduous. Born and raised in London, the 18-year-old had never lived away from the capital, but when Wasps relocated, so did Ehizode.

“It was tough making the move, but it is something I knew I wanted to do because I love the sport I play,” said the former St Benedict’s, Ealing pupil. “It did take some time for me to settle here, but I am just grateful to get this opportunity and I am enjoying my rugby.”

For now, Ehizode is focused on producing on the National Two North stage as well as progressing at Wasps especially after impressing at the Ricoh last season.

"The decision was made for us to go and play for Hinckley and it has been great so far,” added Ehizode.  “We haven’t been isolated as just us three and everyone has just let us be part of the group and that team spirit has certainly been on show in recent weeks.

“You always want to impress the coaches wherever you are playing and my aim is to do that with Wasps this year.

“It is not only about making a good impression on the coaches, but also the team-mates around you. You want to do that and earn respect from first team players because they will then see you as someone progressing through and eventually playing with them.

“It has been a massive transition for me, but Wasps is a great environment to be in. There are so many people to learn from and it is the perfect club to be a part of for our development.”