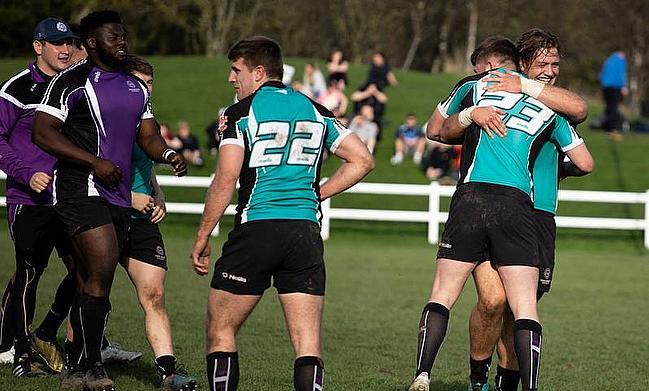 Leeds Beckett University have moved into the top three of BUCS Super Rugby after an excellent win on the road against Swansea University.

Kerry Wood’s side have secured impressive back-to-back wins since losing to Cardiff Met two weeks ago and last year’s finalists will now be hoping to build on their results in the lead up to Christmas.

The Yorkshire side are still hunting down table toppers Durham University who hold a four-point lead ahead of second-placed, the University of Exeter.

A strong second-half showing from Durham helped them to victory over Cardiff University this week whilst the boot of Harry Bazalgette guided Exeter home against the University of Bath.

Below is a more detailed review of the BUCS Super Rugby action plus, we take a look at the situation in the Women’s National League and highlight some of our selected BUCS divisions.

Durham University responded to their opening defeat of the season at the first attempt as they brushed Cardiff University aside on Wednesday. Alex Keay’s men saw their 100 per cent record come to an abrupt end last week following a 31-24 loss to Loughborough University, but the North-East side bounced back in style.

After an attritional first half in the Welsh capital, which ended 7-5 to the visitors, Durham were able to run in three more tries in the second period to wrap up the bonus-point win. The Palatinate are now four points clear at the top of BUCS Super Rugby, but the University of Exeter remain in hot pursuit of the league leaders.

The current domestic champions were beaten by Durham earlier this month, but the Green and Whites have hit back emphatically. An outstanding 71-17 victory over Northumbria University was followed by a hard-fought 18-0 away win at the University of Bath this week.

As has so often been the case this term, Harry Bazalgette was superb from the tee as his six penalties saw Exeter claim the victory in the West Country.

Exeter's defence holds firm in what were greasy and difficult conditions for both sides, all the points coming from the boot of Harry Bazalgette. In a fine team effort, the likes of Johnno and Fethney stood out with their industrious work around the park.#BUCSSuperRugby #EXEBAT

Leeds Beckett University are up to third spot in BUCS Super Rugby after successive triumphs. Following their narrow defeat against Cardiff Met, Kerry Wood’s side secured a 41-29 victory over Cardiff before beating Swansea University 55-17 on Wednesday.

A blistering first-half display by the Yorkshire outfit was a major factor behind the win whilst consecutive losses for Swansea has seen them drop to fourth.

Hartpury University were the other side to inflict a defeat on Swansea over the last two weeks and the reigning BUCS Super Rugby champions are slowly clicking back into gear. A 57-28 win over the Welsh outfit was backed up by a quite remarkable display against bottom of the table Northumbria University this week.

The Gloucestershire side won 80-3 to move up to fifth place in the table, with Alex Forrester (3), Ben Kellend, Harry Short (2), Robbie Smith, Aiden Burnett and Cole Swannack (3) all scoring whilst Hartpury were also awarded a penalty try.

They have now moved ahead of Cardiff Met who were unable to build on an excellent 32-13 win away at Bath as they lost 11-9 to Loughborough University on Wednesday. Loughborough, themselves, are one of the form teams in the division after stringing together three straight wins.

The winning streak continues for the University of Edinburgh as they made it six victories from a possible six on Wednesday. The table toppers beat Cardiff Met 31-17 away from home in another impressive performance and the Scottish outfit are now three points clear of the Archers.

Northumbria University have crept into third spot in the table following an excellent 27-10 win over North-East counterparts Durham. Meanwhile after losing to Cardiff Met last week, fifth-placed Hartpury University responded in some style as they hammered the University of Exeter 41-12.

Exeter, who are the current Women’s champions, are currently four points adrift at the bottom of the National League following just one win all season which occurred earlier this month (38-31) against Northumbria.

Nottingham Trent University have been able to extend their advantage at the top of Men’s Premier 1 – North following four wins on the trot. Their latest victories have seen David Ross’ side defeat city rivals, the University of Nottingham, 61-7 and the University of Birmingham 31-19.

Those two sides had been the closest challengers to Trent, but Newcastle University have now picked up that mantle following convincing wins over the University of Edinburgh and Loughborough 2nds, respectively. Darren Fearn’s men hammered Edinburgh 40-0 before beating Loughborough 42-7 on Wednesday.

Birmingham are now down to third after failing to back up their 29-14 win over Durham 2nds, but the latter were able to respond from their own setback this week.

The Palatinate defeated Edinburgh 26-3 to secure their third home triumph on the spin whilst elsewhere the University of Leeds’ fixture with Nottingham was postponed this week so the Yorkshire side, who occupy seventh in the table, will have to wait until next Wednesday against Birmingham to see if they can stretch their winning streak to three matches.

In the south, Exeter 2nds are now one point clear of Hartpury 2nds at the summit of the division. The Devonshire outfit beat Bath 2nds 61-19 and coupled together with Hartpury’s surprise 22-20 loss to St Mary’s University this week, it means Exeter are leading the way heading into December.

As for St Mary’s, it is now two wins in a row for the club after also beating Cardiff 2nds 38-24 earlier this month.

It is also back-to-back wins for third placed, the University of Bristol. Victories over Bath 2nds (12-7) and Cardiff 2nds (36-20) leaves the West Country side four points off the top as things stand.

Leeds Beckett 2nds sit at the top of Premier 2 – North after five wins from five thus far. The Yorkshire club are three points clear and have a game in hand after beating the University of Manchester 26-5 on Wednesday.

Unlike Manchester, Beckett are also through to the last 16 of the BUCS Trophy after hammering Durham 3rds 38-8 last week whilst Manchester Met also advanced following their 25-15 win away at the University of Liverpool.

Rob Jones’ side carried their cup form into the domestic scene this week as MMU beat Bishop Burton 15-8 to keep on the heels of Beckett at the summit of the division.

The University of Sheffield, who currently occupy the bronze medal spot in Premier 2 - North, haven’t been in league action for two weeks but they did make it through to the next round of the BUCS Trophy following a comprehensive 64-15 win over Northumbria 2nds.

The University of Strathclyde also knocked out North-East opposition in the form of Newcastle 2nds (24-17) last week, but they had to settle for a 27-27 draw on their return to domestic duties this week against fellow Scots, the University of Glasgow.

The stalemate for Glasgow halted a five-match losing run, including their 24-18 defeat to the University of Stirling in the BUCS Trophy.

In Premier 2 South, Exeter 3rds are two points clear at the top after a narrow 22-20 win over the University of Portsmouth. Exeter also progressed to the next stage of the BUCS Trophy after a slightly more convincing 45-15 triumph over Loughborough 3rds last week.

Rivals Hartpury 3rds also enjoyed cup success as they hammered the University of Essex 81-0, but they now find themselves behind Exeter on the domestic front having played the same amount of games.

Exeter will meet fellow Premier 2 South side Reading University in the last 16 of the BUCS Trophy after the Knights received a walkover result, but Portsmouth won’t be joining them after losing 22-17 to Bath 3rds last Wednesday.

The University of Brighton were in league action this week after being eliminated from the cup competition, but their woes continued domestically as they lost 11-7 to the University of Gloucestershire who secured a crucial first win of the campaign.