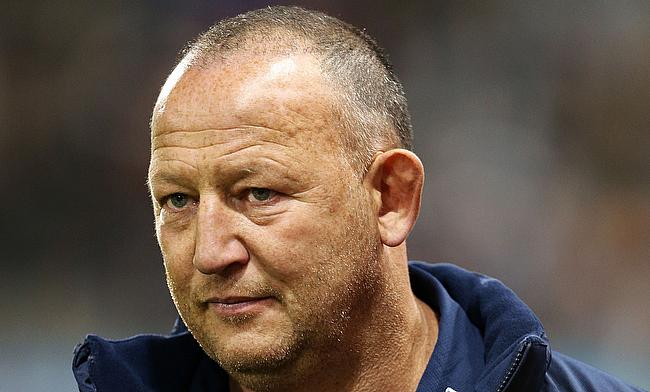 Premiership Rugby has confirmed that the final round clash between Sale Sharks and Worcester Warriors has been postponed to Wednesday.

The decision follows after 16 players from Sale Sharks camp have been tested positive for Covid-19 and thus becomes the first game to be postponed in the tournament since the restart in August.

The game was scheduled to take place on Sunday at AJ Bell Stadium and is a crucial one for Steve Diamond's men as they aim to make the top four after accumulating 64 points from 21 games. Wasps and Bath occupy the second and third positions respectively with 66 and 65 points while Bristol Bears, who face London Irish in the final round are at fifth place with 64 points.

"Following the announcement yesterday that there had been a number of positive tests at Sale Sharks, as part of the League's CR COVID-19 screening programme, Premiership Rugby has made the decision under Premiership Regulation 4.1 (c) to postpone the Sale Sharks v Worcester Warriors fixture until Wednesday 7 October," read a statement from Premiership Rugby.

"This decision has been made after consultation with Sale Sharks, Worcester Warriors and Public Health England to ensure that the health and wellbeing of all players is protected whilst protecting the integrity of the competition."

Sale Sharks' players will once again be tested on Tuesday before the game and both the teams will not be allowed to register any new players with the Rugby Football Union before the match on Wednesday.

"In relation to recent media speculation surrounding a COVID-19 outbreak at Sale Sharks, the club can now confirm that there have been a number of positive tests this week," read the statement from the Sharks.

"The wellbeing of all Premiership Rugby's players, staff and officials remains Sale Sharks' number one priority.

"Although a significant number of positive tests have been recorded, Sale Sharks have stringently followed PRL and RFU protocols throughout the pandemic in order to contain the spread of the virus.

"The club is therefore in a position to fulfil its Gallagher Premiership Round 22 fixture with Worcester Warriors, scheduled for this Sunday at 3pm.

"However, after Worcester Warriors expressed concerns regarding the safety of the fixture taking place on Sunday, we sought advice from Public Health England and Sale Sharks, Worcester Warriors and Premiership Rugby have decided to postpone the match until Wednesday 7th October 2020 to allow further COVID-19 testing to take place prior to the fixture.

"Sale Sharks would like to reassure its supporters that all of the club's players and staff are currently well."

Earlier, Premiership Rugby had cancelled the game between Northampton and Gloucester after the Saints players were advised self isolation as they played Sale Sharks in the previous round and five points were awarded to the Cherry and Whites.