Barrett brothers set to feature for All Blacks against Ireland 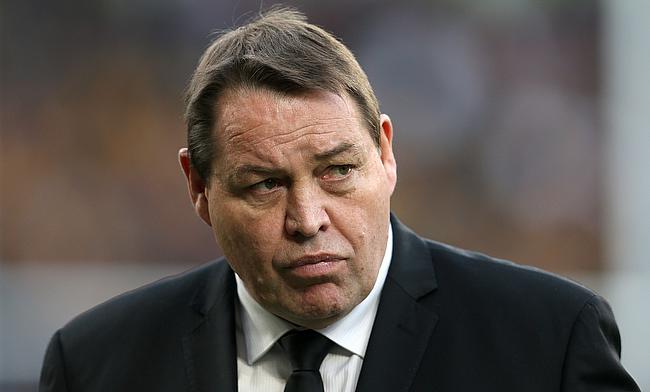 New Zealand have named Barrett brothers - Scott and Beauden in their line-up for the upcoming Test against Ireland at Soldier Field on Saturday.

They will become the 45th set of brothers to feature for the All Blacks as New Zealand look to stretch their unbeaten streak to 19 when they take the field in Chicago.

Jerome Kaino has been given his first start at lock and will be teaming up with Patrick Tuipulotu while Aaron Smith returns back to scrum half following his suspension due to toilet tryst scandal at Christchurch Airport last month.

New Zealand coach Steve Hansen wished Scott good luck and believes it will be a "special day for the Barrett family" to see both the brothers in action.

"We want to congratulate Scott on being selected in the match day 23 for the first time," said Hansen.

"It will be special day for him and the entire Barrett family, including his two brothers who are touring with him.

"Returning to Chicago for only the second time in our history has, once again, been a great experience. The team have embraced the sporting atmosphere and the culture of the city and we really appreciate the way we've been looked after by the people of Chicago.

"As far as our preparation for Saturday has gone, we have knuckled down and done some great work throughout the week."

This will also be the first time since 1961, the All Blacks have gone for two sets of brothers in the squad with Ardie and Julian Savea being the other.

Hansen is also wary of Ireland coach Joe Schmidt's strategies to create an element of surprise in the game.

"The challenge we face from Ireland is a massive one. They're a well-coached team with quality players, they play to their strengths and they're very good at identifying and attacking the weaknesses of the opposition they face," he said.

"We anticipate them using some special plays that we haven't seen before, as well as bringing a very physical, 'in-your-face' attitude and a structured kicking game. Knowing all this has created a good edge in our group.

"Having said that, I'm most interested in seeing what we'll bring to the contest because, like us, they too have weaknesses and there'll be a need to bring our own physicality, and structures to take the game to them for the full 80 minutes.

"With this being the first game of the four-match Vista Northern Tour, it gives us an opportunity to take our game to the next level."