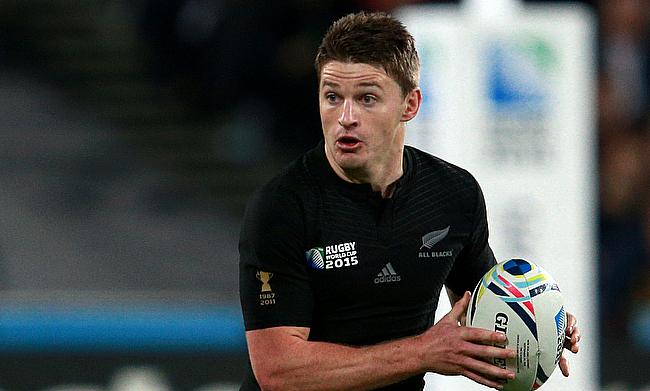 The All Blacks ran a six-try riot against Wales to register a comfortable 46-6 win at Forsyth Barr Stadium in third Test in Dunedin on Saturday.

Apart from fly-half Dan Biggar's two penalty kicks in the fifth and 17th minute, the visitors failed to make any further addition to their score tally.

Coach Warren Gatland's men who came with a lot of promise ahead of the tour failed to perform up to their potential in all three Tests as Steve Hansen's side succeeded in completing an effortless whitewash.

Sam Warburton, the Wales captain, acknowledged the All Blacks for an exceptional and superior display of rugby despite losing big stalwarts like ex fly-half Dan Carter and ex captain Richie McCaw.

Warburton termed All Blacks "the best rugby nation in the world" as the World Champions gave a reality check to Gatland and his men.

“The strength in depth they have in New Zealand is remarkable and I realized that when we played the Chiefs. They had eight players out with the All Blacks, but they were great as well.

“They may have lost Carter, McCaw, Nonu, Smith and all of those great players, but that doesn’t make a difference here. They lose a little bit of experience, but they have some super players to come in.

“That’s why they are the best rugby nation in the world. It might have been better if we’d gone home after those first two Tests, but I’m glad we had the third game because it was a bit of a reality check. It makes you realize what you’ve got to go home and work on – your physicality, fitness levels and individual skills. Being exposed to that level of rugby is only going to benefit us in the long run.”

Hansen, the New Zealand coach, expressed satisfaction over the performance displayed by his new team which is going through a rebuilding phase.

“It’s a tough time for teams at the end of their season, especially in a World Cup year when they have just gone straight through without a break.

“We are happy to win the series 3-0. If anyone had said beforehand that we were going to lose 818 caps and do what we have just done, then I would be happy with that.”